In March 2007 our friends Mark, Peter & Donna were back in town for the British Isles Show to promote their magazine.  On the 5th, Al picked them up at their Toronto hotel.  It was a real wintery day and chunks of ice were falling off the CN tower causing problems in the area.  Traffic was bad!!!!!!!!  They finally arrived at Abbey Road Pub in Mississauga where fans were waiting.  Mark shared some fabulous stories and tested our trivia.  There was a special draw for a stoll wore at Claire's wedding.  The lucky winner was Angela.  What a great evening we had, thanks Mark, Peter & Donna. 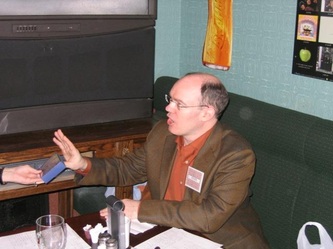 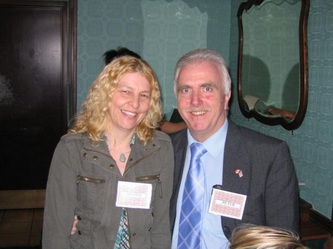 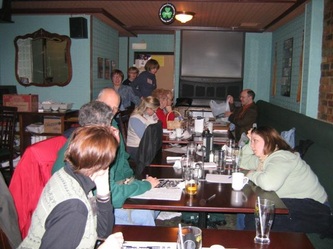 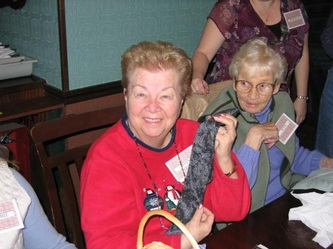 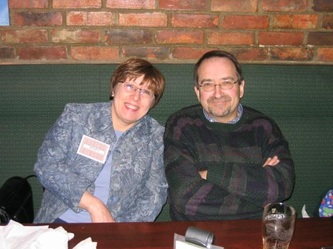 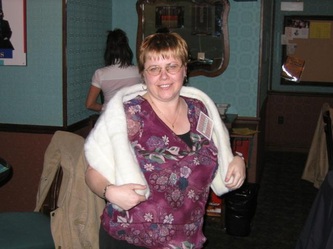 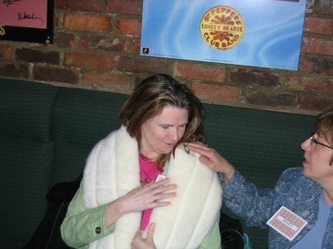 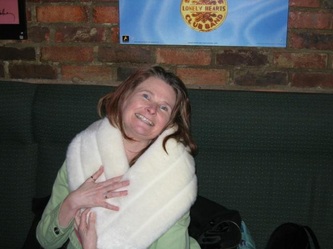