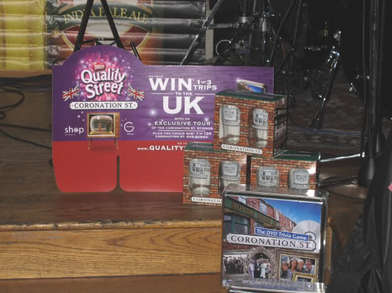 In the spring of 2008 I had an email from a lady at CBC looking for Coronation Street fans that have pings.  They were planning a big contest and wanted to launch it at a ping in Toronto, but have other pings going on across Canada the same time.

Finally at the end of September, a few days before the contest started we had our ping.  Employess of Quality Street and the CBC attended, so did a lot of fans.  We held the ping at the Failte in Mississauga.

We also had the CBC filming us for a segment on the news, plus Living in Toronto. 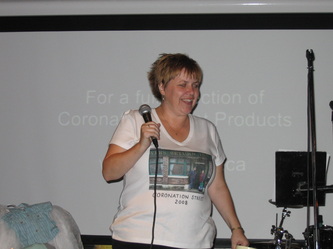 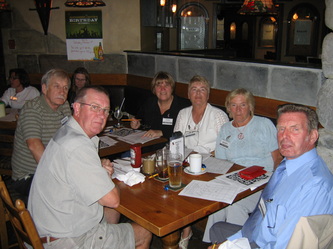 At the ping we had a fan named Warren attend.  Warren is a huge fan and collects outfits worn by cast members.  He brought  many outfits with him including the ones below- Cilla's wedding dress and the one on the right worn by Janice Battersby.  Everyone had fun trying to figure out who wore what. 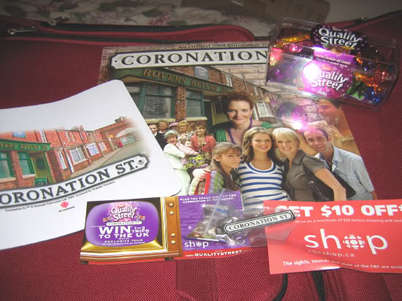 Everyone went home with these fabulous goody bags- a 2009 Coronation Street calendar, key ring, mouse pad or journal, sample of dvd trivia game and Quality Street chocolates.  Besides that CBC and Quality Street donated a lot of great prizes!!!  We almost had Sue Cleaver (Eileen Grimshaw) attend the ping.  CBC had booked her, but at the last minute she ended up having to cancel as she had to work.


It was a fabulous evening!!!  Thankyou CBC & Quality Street- a winning combination!