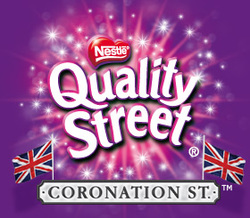 A few weeks after winning the CBC contest, I had an email from Bryan at CBC again.  This time he had been given my name from someone else at CBC because the year before we'd had a ping to launch the CBC/Quality Street contest.  'I guess you really are the #1 fan", Bryan said.  He asked us if we'd have another ping for them.  How could we say no.  So....we had our third ping in 5 months.

It was also the start of our Sunday afternoon pings. 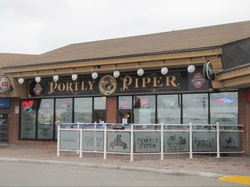 Once again we used the Portly Piper pub in Ajax.  CBC donated some wonderful prizes- a Corrie robe, glasses, dvd trivia games and more.  Quality Street opened tins of delicious chocolates and put them on the tables.  Also each person went home with chocolates and were able to enter the contest to win one of three prizes of a trip to the UK.  (the winners would be going on their trip the same time as me!) 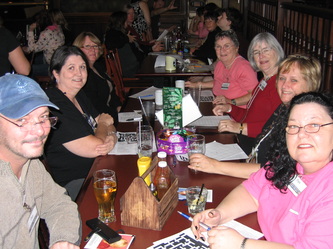 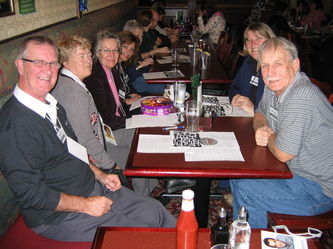 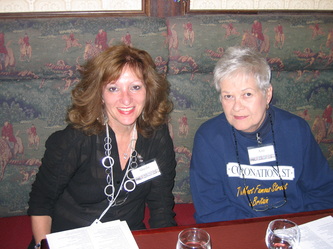 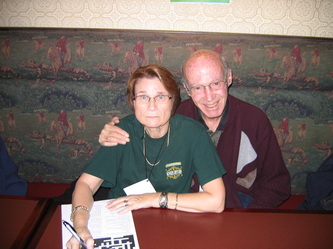 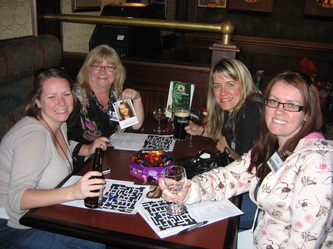 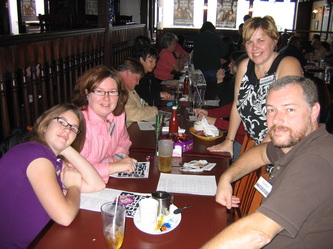 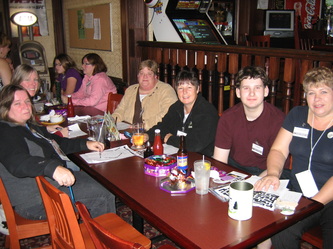 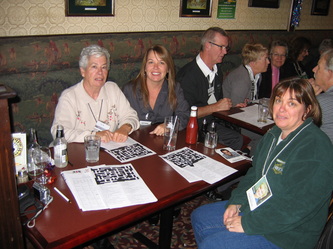 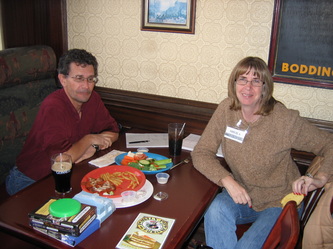