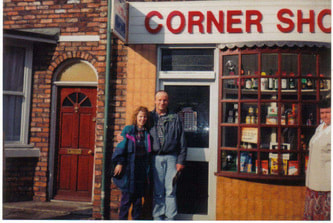 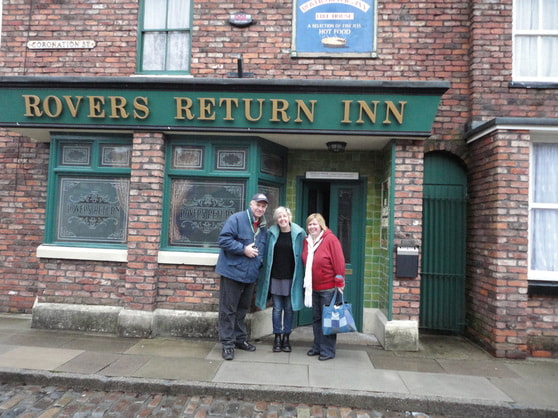 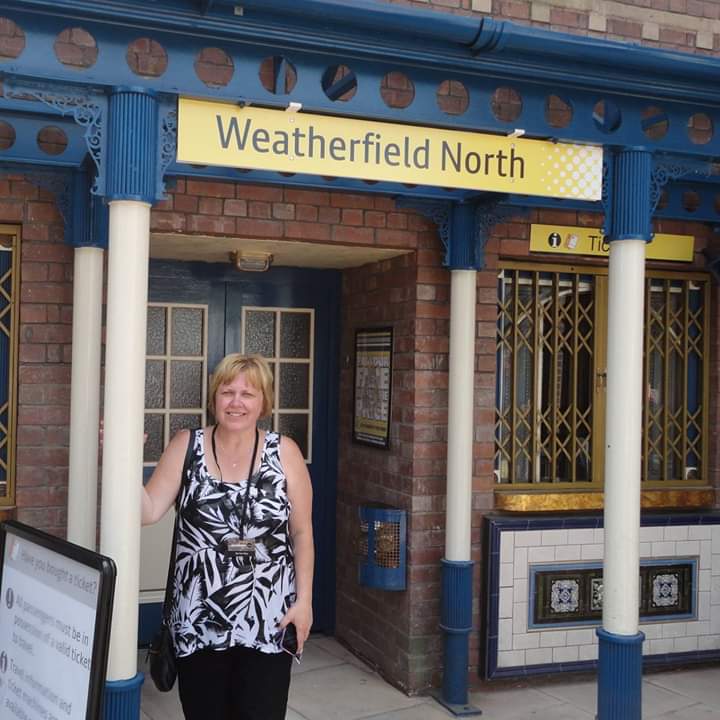 I can say that because in July 2009 I won the most amazing CBC Coronation Street contest...........and they haven't had another contest since.   Read all about it here including my winning entry and dream prize!

About me:  I was born in England, but moved to Canada when I was seven.  I love chatting Corrie, meeting the cast, other fans and organized pings for 10 years.  I've been lucky and been on the old set 7 times and the new street once, met 135 (?) cast members and two pets, attended the 2013 and 2015 British Soap Awards.  I've met some wonderful fans from around the world in person and online and always say:  CORRIE FANS ARE THE BEST! 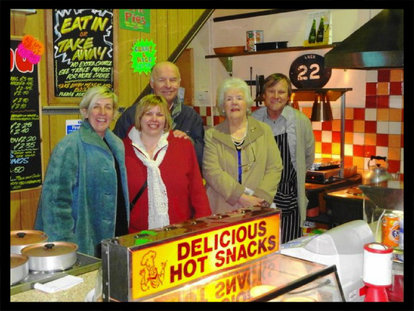 One of my favourite Coronation Street moments:
Julie Hesmondhalgh (Hayley), me, husband Al, Stephanie Cole (Sylvia) and David Neilson (Roy) behind the counter at Roys Rolls.  Jan. 4th, 2012.
I've set up this website to share my photos and stories with other fans. Grab a cuppa and a biscuit or a pint and some cheese and onion crisps and take a look around.   Don't forget to sign my guestbook.

I've made a new website with visits to Downton Abbey, Emmerdale and Heartbeat.  Check out photos from there, plus with some of the cast from those shows at my website
Deborah & British TV Shows 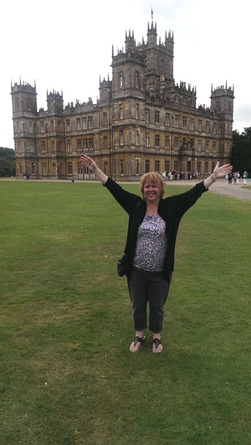 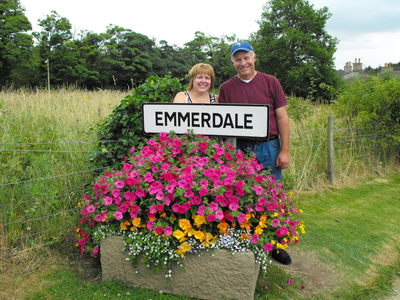 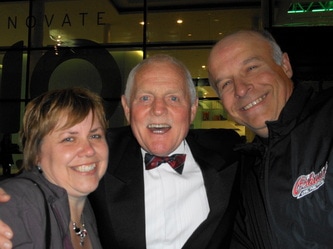 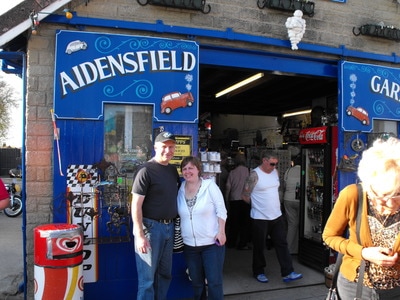 UPDATE :  July 2019.  Just back from a very unexpected trip to England.  We did get to the studios and met 14 cast members.  To see photos click here.
​
Happy Corrie watching!

All photos are (C) Deborah.  Please do not use without permission.  Thank you.