In January 2019, we booked our Christmas trip to  England.  Christmas with family and friends, Christmas markets, pantos and more.  Only 319 more sleeps 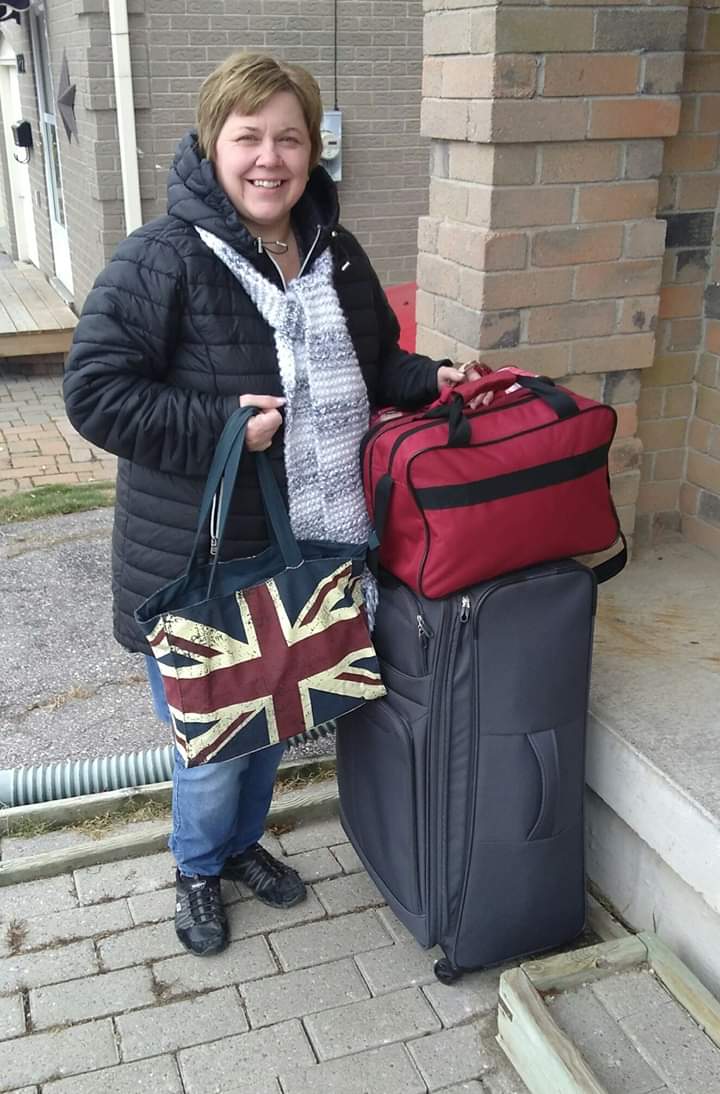 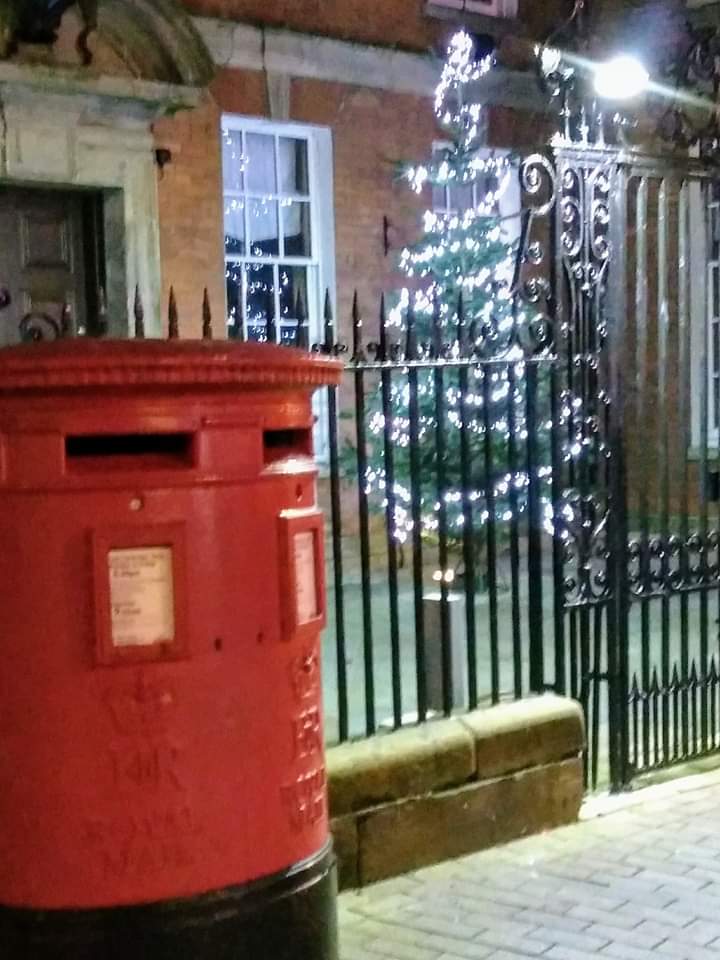 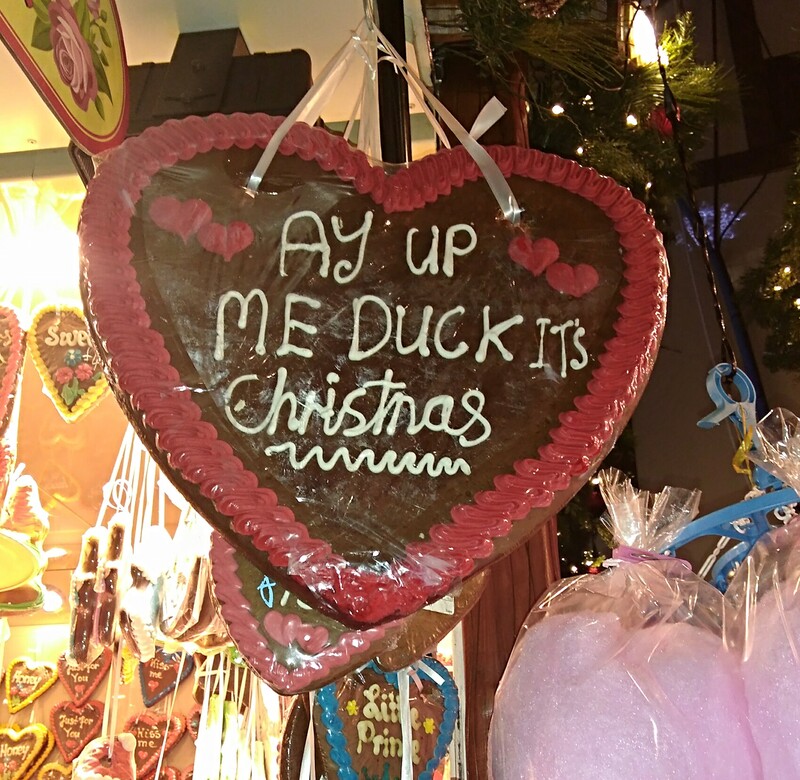 In June it was announced Cinderella, starring Connor McIntyre  (Pat Phelan) and Les Dennis (Michael Rodwell) as the ugly stepsisters would be at the Nottingham theatre.  I was beyond excited. The show had been in Manchester the year before and got rave reviews. I was jealous of the many friends who saw it.

My friends Emma and Steph got tickets along with Al and I.  On December 19th, we took the train to Nottingham to see the matinee show.  Well.....we laughed from beginning to end.  We LOVED every minute.

After the show we went to the stage door hoping to meet Les and Connor.  We waited a while and finally Les came out, followed by Connor....without all their makeup and heels.  We had a quick chat and photo with the lovely Les.  Next came the wonderful, charming Connor - we had met him at Corrie a few years before.  He chatted with us for ages, posed for all kinds of photos while Les stood to the side waiting for him. I then had the idea to ask Connor if he would wish my friend Amy a Merry Christmas.  Amy is a huge Phelan/Connor fan.  He happily took the camera and started recording.  We really appreciated everything.

We took a walk around the Christmas market, had a bite to eat, then headed back to the train station.  What an amazing day.  I dont think I will ever laugh as much and as hard  as I did those few hours.
On Dec 21st we had plans to meet some of our friends in Manchester for a catch up, meal and walk around the Manchester markets. We decided to go the day before so we could try and meet some Corrie cast, plus walk around the markets at night.

We dropped our bags at the hotel, then took the tram to Media City.  We had just got there and the lovely Lorna Laidlaw (Aggie) walked out.  We had met her in July and had another wonderful chat.  A good start!   Not long after Shelley King (Yasmeen) walked out.  Exciting, a new cast member for us. Shelley was very nice!  She told us things were going to get a lot worse with her and Geoff!  I told her they were both doing a fabulous job with the storyline, but we didn't like the character Geoff.  She kept saying Ian (Geoff) was very nice!  We waited a while before spotting writer Ian Kershaw(Julie Hesmondhalgh's - Hayley Croppers - husband). Is it him or not - finally said hello as we had met him in Toronto at the special breakfast with 'Roy and Hayley' we were invited to. Thankfully it was him and I hadnt made a fool of myself.  After catching up Ian said 'there's Stirling'  also known as Paula Martin the lawyer.  Another new one...wooooh!  Again, Stirling was lovely.  Next we met Lucy Fallon (Bethany).  We didnt stop her on way out as she was on phone, but she kindly stopped when she returned.  Happy dance as it was another new cast member to meet.....and she only had one more week of filming after the holidays.  Next we met Rob Mallard (Daniel) followed by Andy Whyment (Kirk).  We've met them both a number of times, but both are fabulous and down to earth.

Next thing, the dark skies opened up and it poured down.  We ran to the Costa across the bridge and had the festive black forest hot chocolate. Yum!!  It continued to come down, so we took a few photos inside studio 10 of the Rovers before going back to hotel.  I felt disappointed to leave, but at the same time we met 6 actors in 2 hours and 3 of them were new.  I still wonder how many we might have met if we had stayed another 4/5 hours like we had planned. 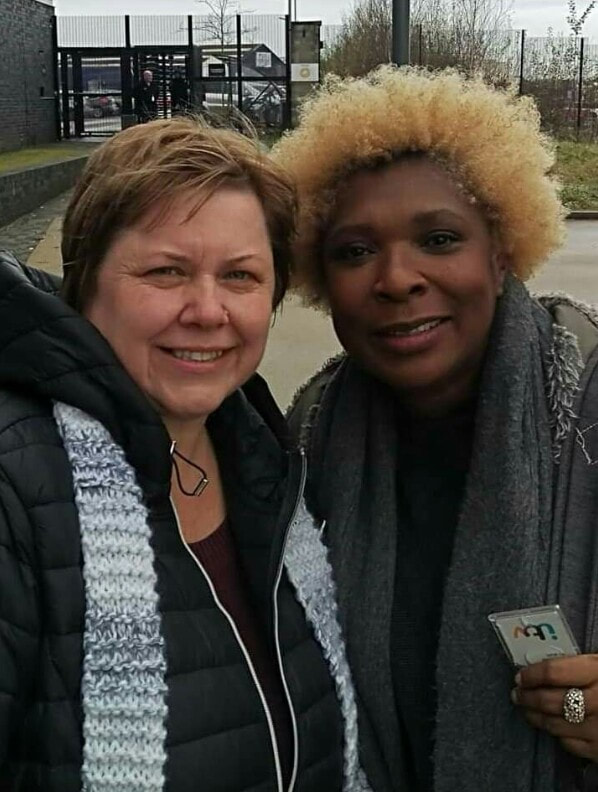 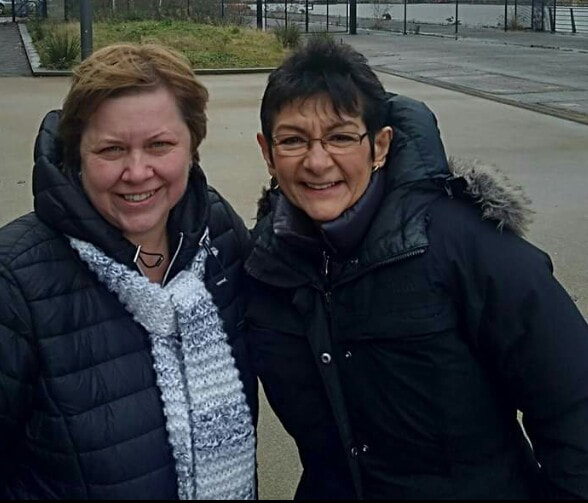 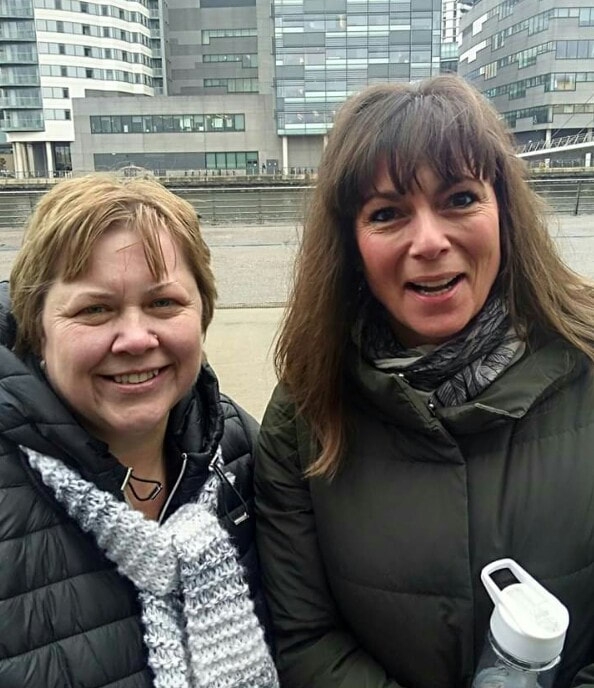 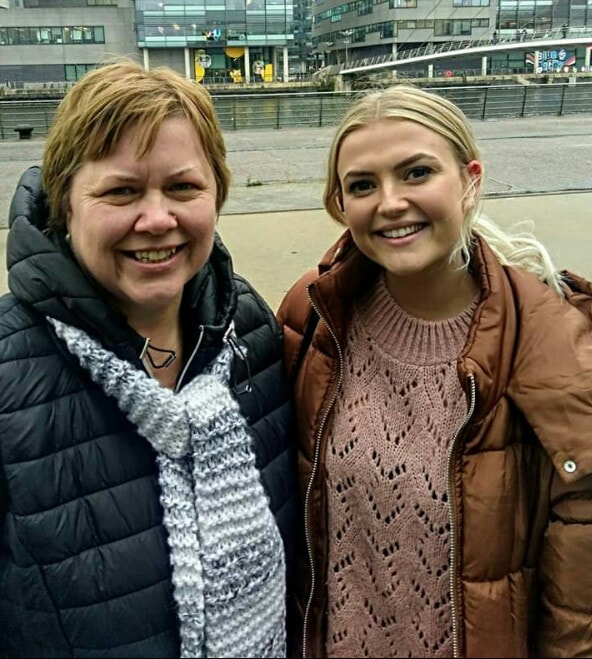 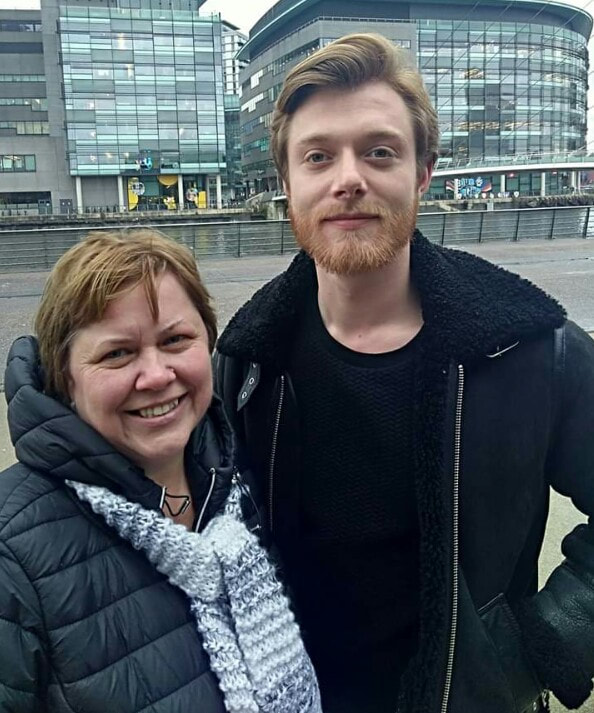 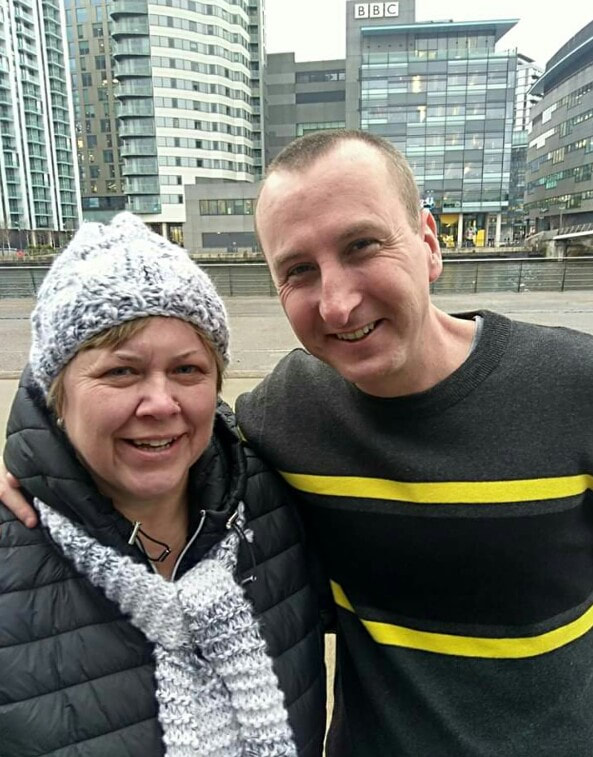 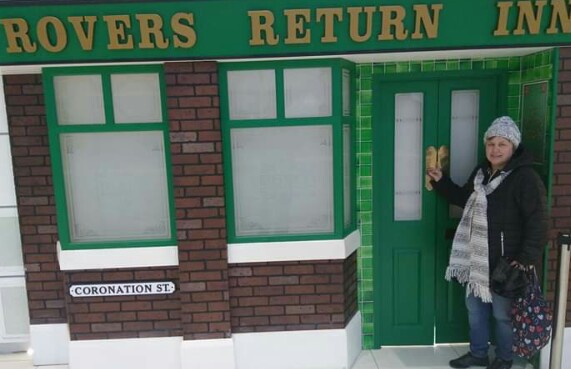 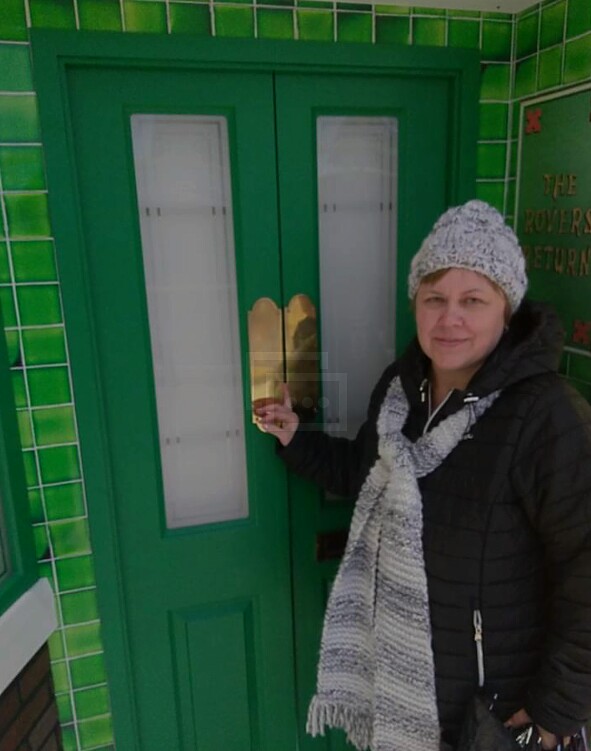 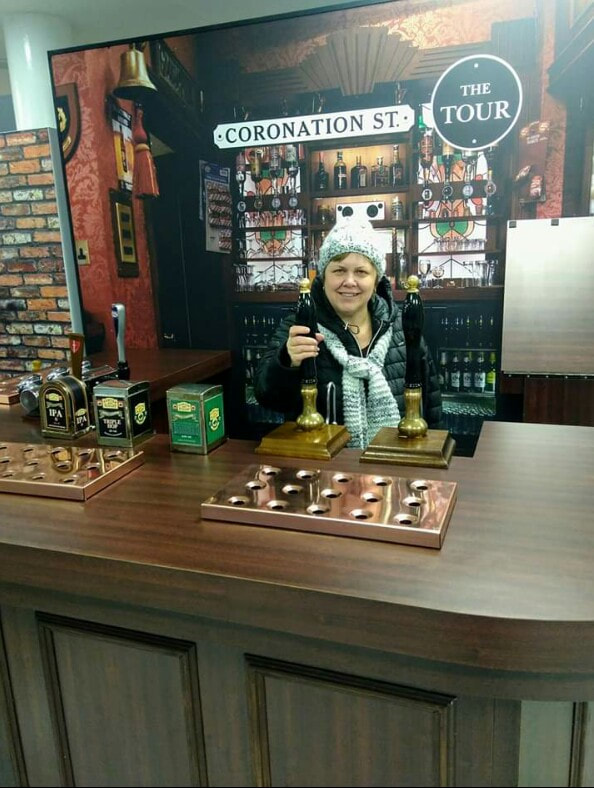 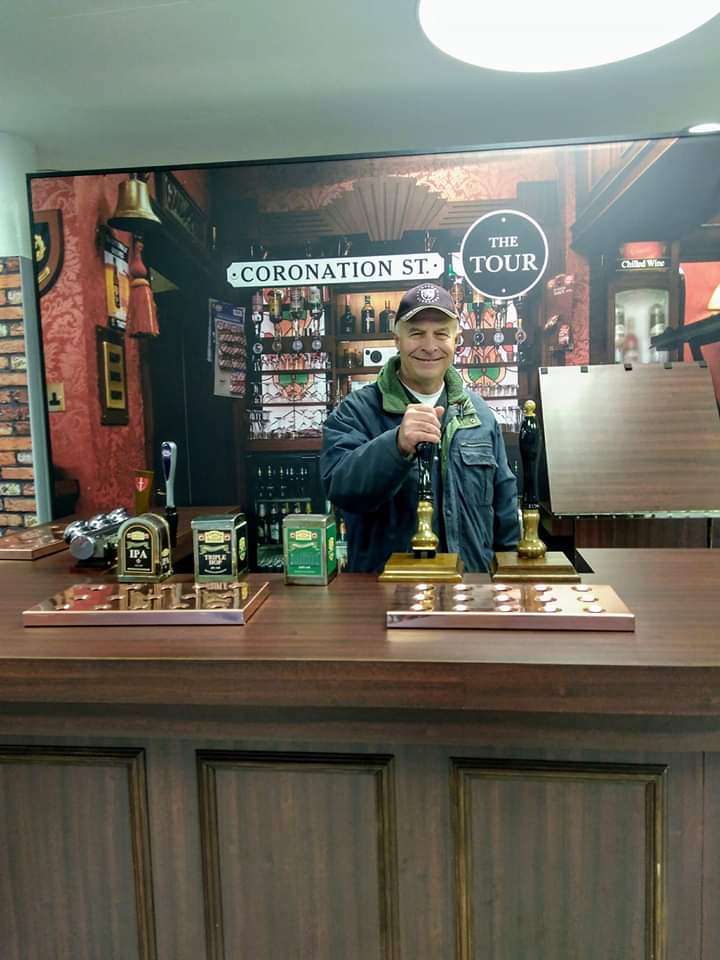 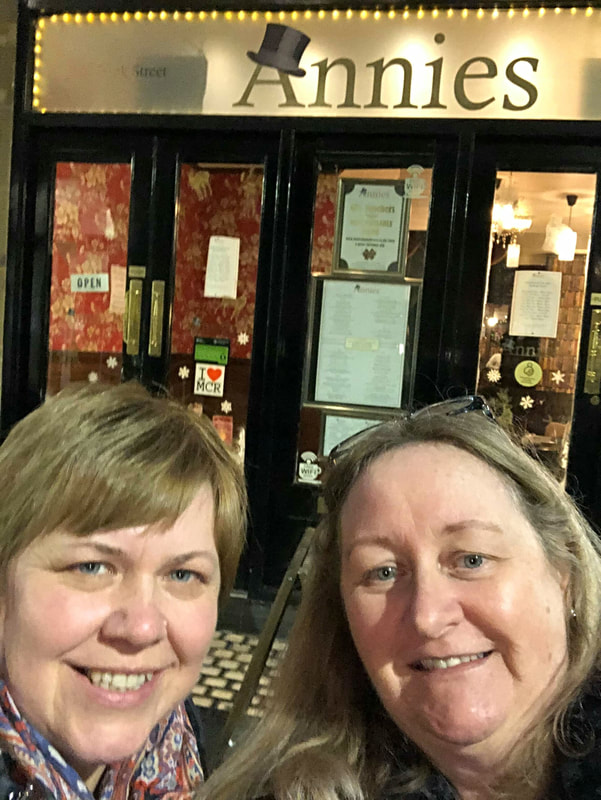 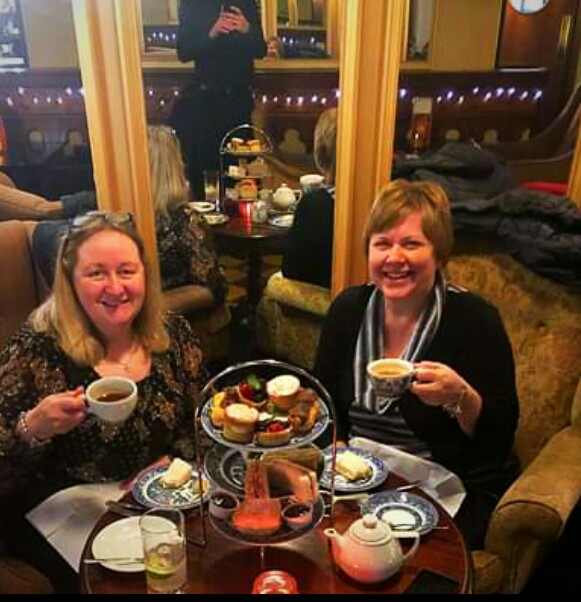 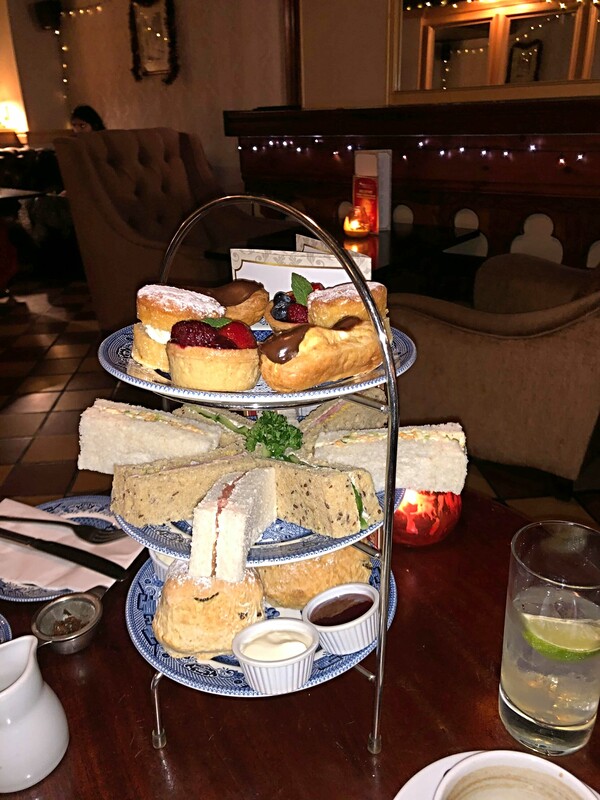 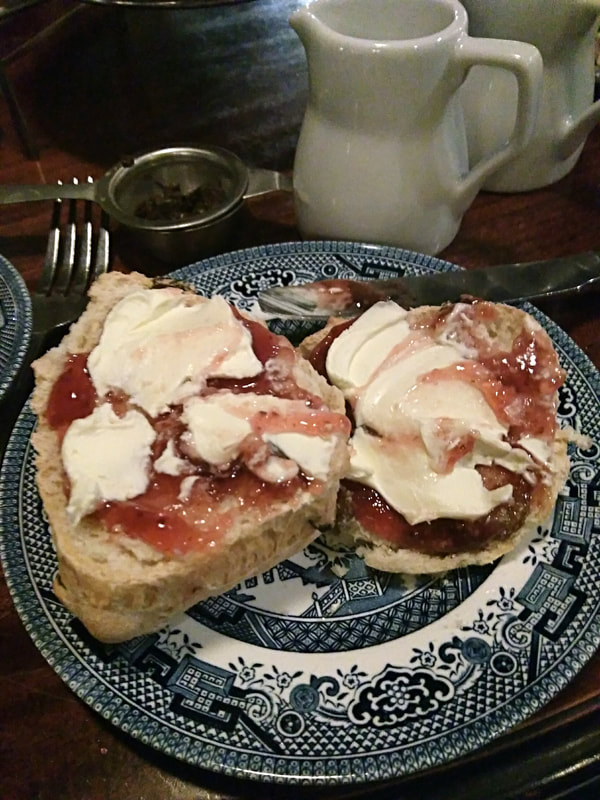 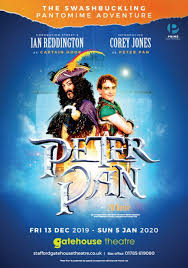 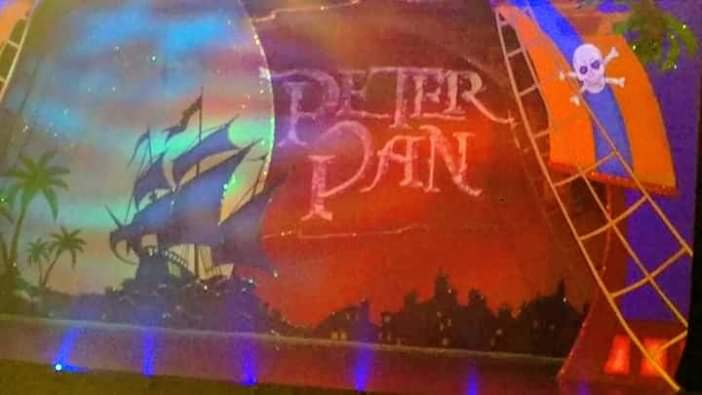 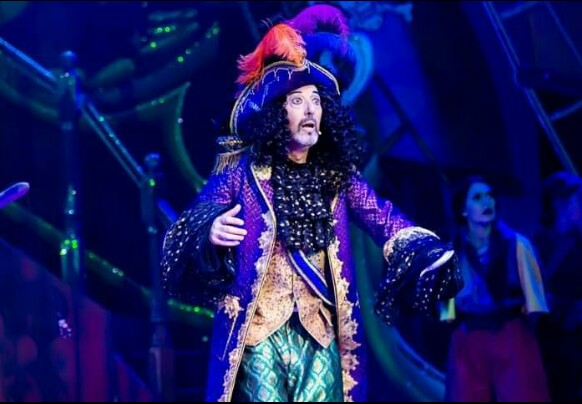 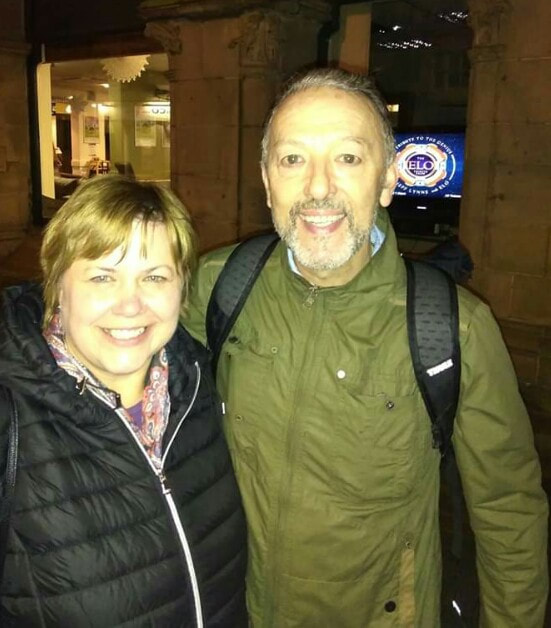 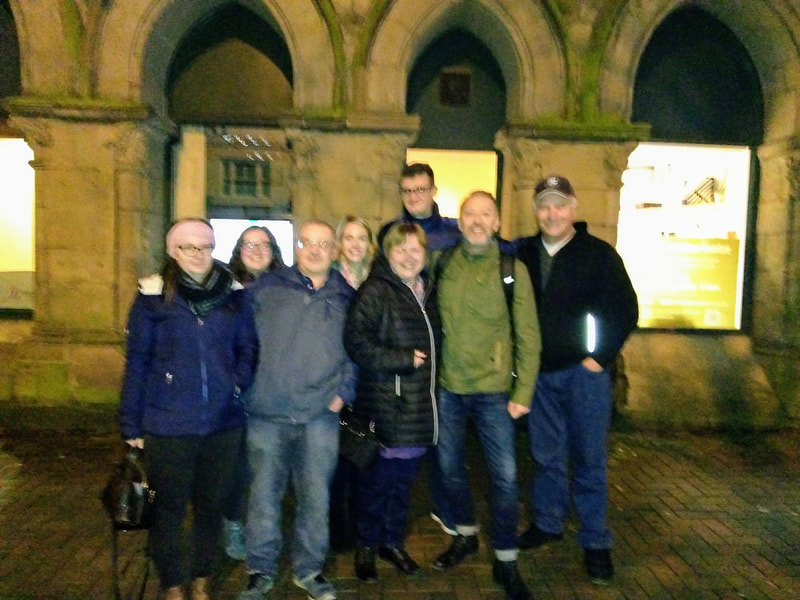