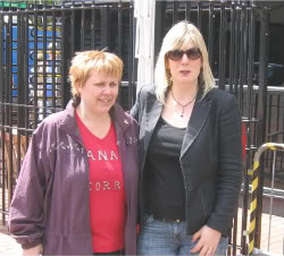 Not long after Jayne Tunnicliffe started on Coronation Street as Cilla's friend Yana, I wrote to her.  Jayne didn't even have a cast card when she replied back, but sent a lovely photo of Cilla & Yana taken in the Rovers. I also received a lovely hand written letter.  One of the things Jayne said was she'd love to visit Canada one day.

A few months later I had a friend request on Myspace from Jayne.  I commented on a few photos and asked if Jayne had been to Canada yet.  I received a message back and Jayne told me about her art exhibit and possibly bringing it to Canada.  I answered some questions for her.  In Jan. 2007 Jayne new we were coming to England in May and asked if we would like a tour of the street since I'd helped her out.  I was shocked!  It was very hard not to tell anyone for 4 months, but I didn't want to say anything just in case it didn't happen for some reason. (actually I did tell a handful of people)

I couldn't believe I was going to walk the cobbles again.  This time I would appreciate every moment unlike in 1995 when we'd only watched the show for 2 weeks.

On May 14th, 2007 we met the very talented and lovely Jayne and were given a tour of the set.  This was a VERY RARE tour and NOT something that happens often.

Our battery died in the camera just before meeting Jayne.  We didn't get many photos, but we have lots of wonderful memories. 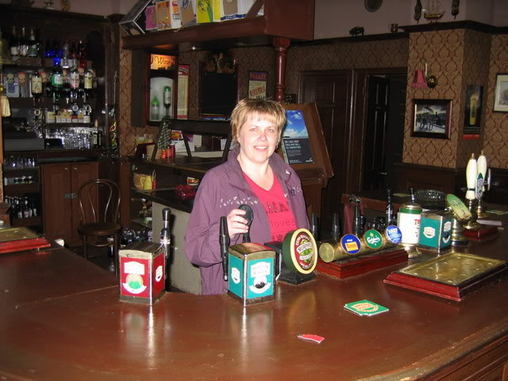 What can I get you?

I think I'd make a great Rover's barmaid. 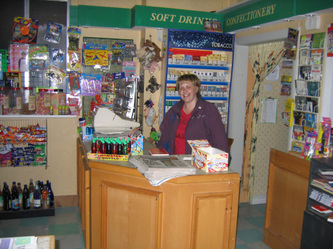 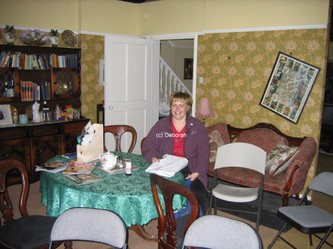 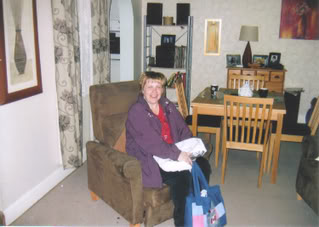 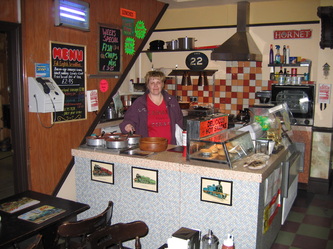 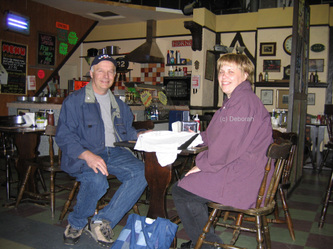 Three days later we took another trip to Manchester to see Jayne's art exhibit.  We'd seen photos online, but the paintings were even more amazing in person!  Jayne also makes jewellery, she is one very talented, kind and lovely lady.

To think this tour came about because of a letter I sent to Jayne telling her I enjoyed the character she was playing and asked if I could have a signed photo for my collection. I never would have dreamt it would have lead to a walk on the cobbles!

Thanks Jayne for the tour, it was lovely meeting you!