Nov. 16th, 2015.  I was asked to do another Coronation Street program at the library.  I talked about my trip to England in May, which Coronation Street actors I met.  I also asked some trivia questions.  It was another good night.  Thanks to the library for having me back and to the fans that attended. 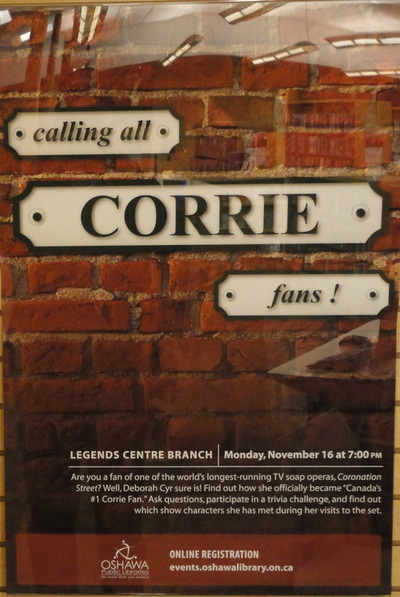 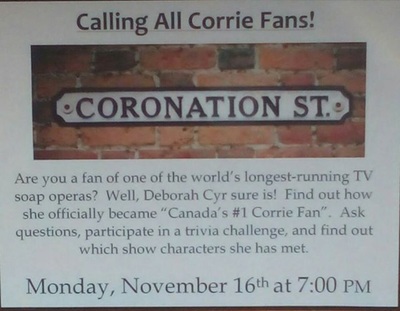 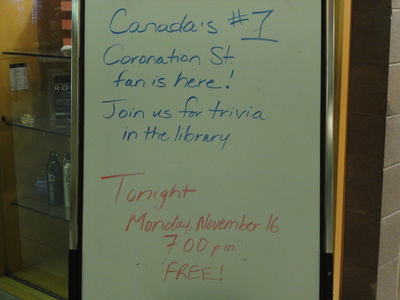 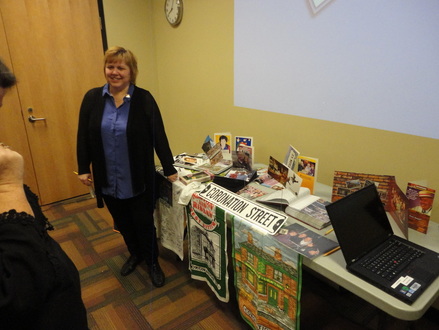 Canada’s official #1 Corrie Fan is back to share her love of everything Coronation St. Hear about her most recent trip to London and the cast members she met. Ask questions, participate in a trivia challenge and other Corrie games and find out what exactly a “ping” is.


I was thrilled to be asked back, thankyou Oshawa library!  There was a great group of Corrie fans who attended.  I chatted about our trip to Manchester, meeting cast members and attending the British Soap Awards.  We played the Who am I game, last person game, did some trivia, chatted about the latest Corrie news and show.  It was a fun evening.

On May 29th, 2012 I did my first talk at the Legends Centre Library in Oshawa. 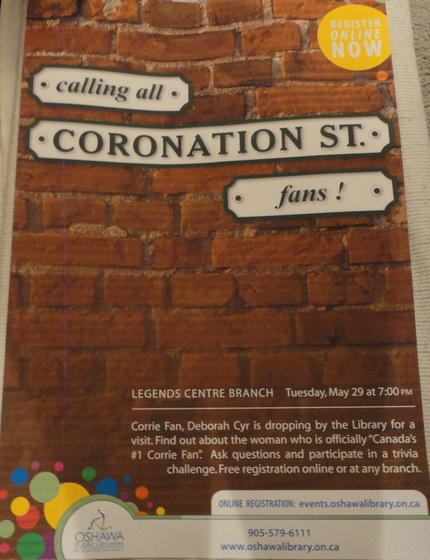 In April 2013 the Port Hope Library had their first ping.  I attended and had a great time.  Nicki did a fabulous job!  They then asked me if I could do a talk at their second ping which was held on June 17th.

There were about 35 fans who attended.  I chatted about winning the CBC Canada's #1 fan contest, our tours of the street, meeting the cast and shared some of my memorabilia.  We had a cuppa and some biscuits and had a good night.  It was great to meet more fans.  The British Pantry sponsored the evening. 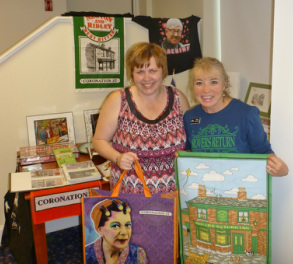 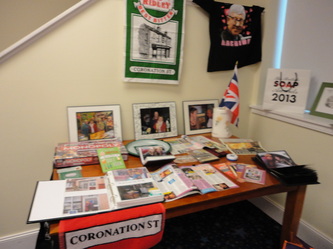 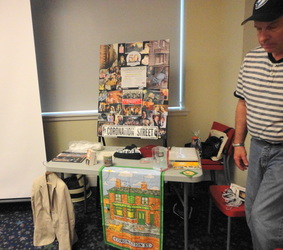 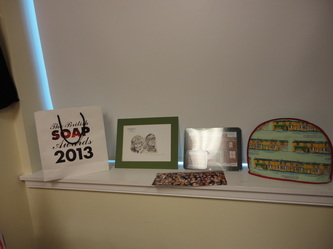 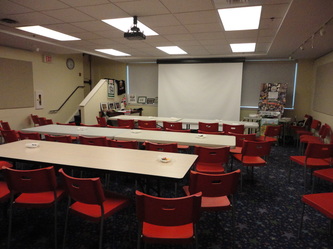 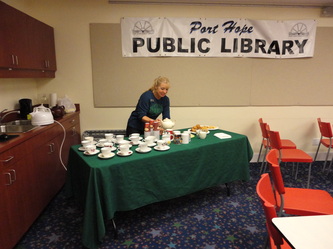 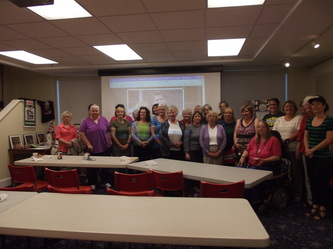 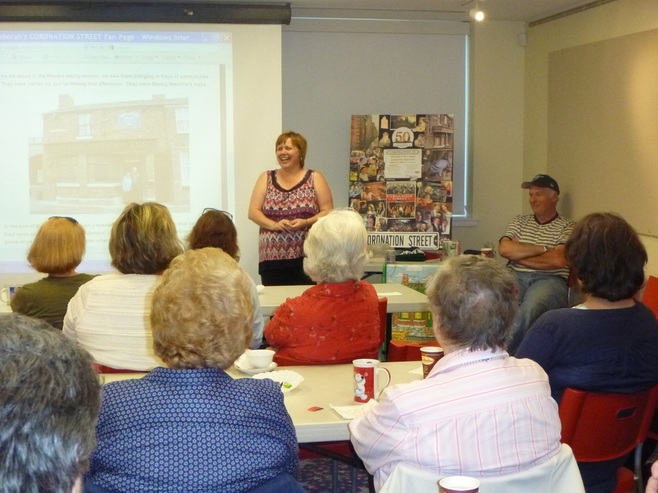 The next Coronation Street Ping in Port Hope is planned for Dec. 16th.  Visit the library or check out their website here.  I'm hoping to attend!