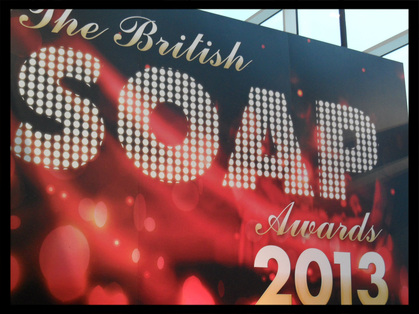 At the end of February Al and I decided we'd be booking our next holiday to England.  We couldn't decide on May, June or September.  May seemed a good time of year and I remembered two years ago a number of friends had gone to the red carpet at the British Soap Awards in Manchester and met a lot of the actors.  I'd always wanted to attend a red carpet event.  I'd heard rumours that the 2013 awards were being held at Media City, Salford so we decided to book our holiday to England May 2nd till the 27th.  The BSA's were usually mid-May so fingers crossed they would be while we were over from Toronto.

I emailed SRO in February and asked for suggestions on best ways to get tickets and asked if fans could attend the actual show.  I heard back saying when tickets are available, apply right away and fans couldn't attend the show.  I'd heard from friends it wasn't the first to apply, but how close to the event you live.  I kept checking the SRO website to see when I could apply.  Finally on March 11th we were able to apply to be on mailing list.  It seemed like forever till we heard from SRO again.  The awards would be at Media City on May 18th.  Even though I didn't have tickets I booked my train and hotel for the Friday and Saturday night in Salford.   It was on April 29th, 3 days before we were flying to Manchester that we were able to apply for tickets.  I applied for 3 and Al applied for 3.  We used different addresses, he used my cousin's address and I used the hotel's address.  It was also announced for the first time that fans could apply to be in the audience.  WOW, that is what I wanted.   I was thinking positive thoughts and friends who had got tickets to red carpet before had said they would think of us if they got tickets and had extras. 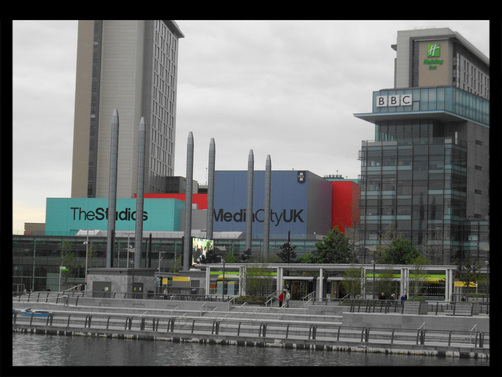 The British Soap Awards 2013 would be held at Media City, future home of Coronation Street on May 18th.
On May 9th, we hadn't heard anything and neither had any of my friends who had applied for tickets.  Someone knew of two people who had got tickets.  Next we heard all tickets had been accounted for.

On May 14th I was at our hotel in Leeds and I decided to email SRO.  I asked about their cancellation waiting list and asked how far down the list I was and was there any hope.  At 10:30pm that night I had an email saying:

Hey Deborah
I've just checked and you were sent tickets!
I'll resend them now for you and we shall see you on Saturday!

Do be aware that we always send out a handful more tickets than there
are seats to compensate for the inevitable no-shows, and allocate
seats on a first-come, first-served basis, so although we usually
squeeze everyone in, it's always worth your while aiming to arrive on
the early side, partly to be sure of your seat and partly to get
better seats in the studio.

We look forward to seeing you there!

I let out a scream of excitement and danced around the room!  Once again the Corrie Gods were on my side.  My husband Al and my friend Emma would be joining me on the red carpet and the show.  (some fans only got show).  I wish I could have taken all my friends with me!  Sadly no one else I knew got tickets.

Chuck on your gladrags and grab your autograph book - it's The
British Soap Awards 2013!

Once again hosted by Phillip Schofield,
this star-studded event promises unequalled glamour as the casts of
the most-watched shows on television gather to compete for one of the
highest accolades on British TV, a 'Soap Oscar'! This year there are
audience tickets available for the first time ever, as well as the
opportunity to join the Stars from all the UK's top soaps -
Coronation Street, Doctors, EastEnders, Emmerdale and Hollyoaks - as
they arrive on the Red Carpet!

With this ticket, audience members will join us at the Red Carpet to meet the stars as they arrive and then join us in the studio for the Awards Ceremony. 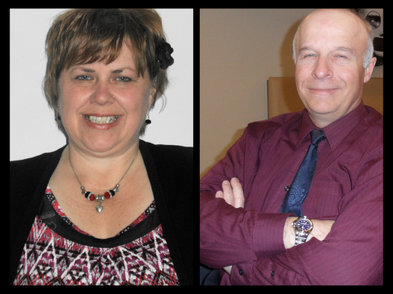 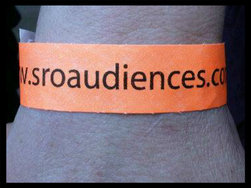 Finally at 1:30pm, four ladies started the line and we immediately joined behind them.  At 4pm we got our wrist band.  At 5pm they called for people with yellow wrist bands.  Apparently these were 'priority people'.  They were taken inside the building, where we could see the red carpet.  They then took us in and we stood behind them.  I'm sure I heard only 40 fans had got tickets!!  I'm not sure why I got tickets.  I'll never know, but I will be forever grateful. 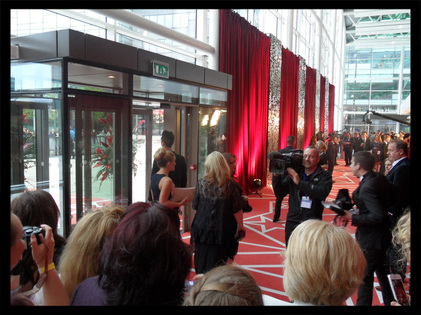 This was our view.  We had 2 rows of people in front of us.  Actors came in doors to our left, came over to our very small area, went to pose for official photo and saw the press.

It was a bit disappointing as I'd expected to be right against the rail and able to meet some of the actors not squished in the corner.  At the same time I was also very excited to just be there.

Before the show started they had us film a number of things.  We had to cheer, wave to the camera etc.  We had to do shouts for the 5 soaps.  COME ON CORRIE, we all shouted!  Hurray for Hollyoaks!  Woop Woop Eastenders.  I prayed they wouldn't show me on air saying this. (none of it made it to air)

Al could spot the cars driving up in front the building, but I was too short .  Cannon and Ball were the first to arrive and then Alan Halsall and his beautiful pregnant wife Lucy Jo Hudson.

A large crowd of fans outside watched as the actors got our their vehicles.  The actors then went over to them.  Sadly we would have done better at meeting them outside than where we were.

It was great when the actors started to arrive especially seeing the familiar faces from Coronation Street and Emmerdale all glammed up.  Everyone looked fabulous! 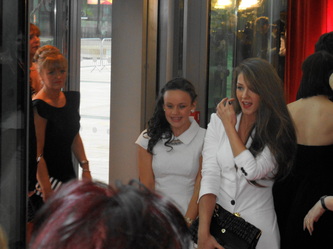 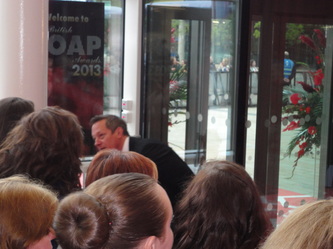 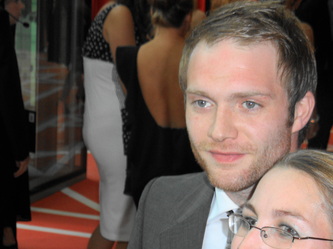 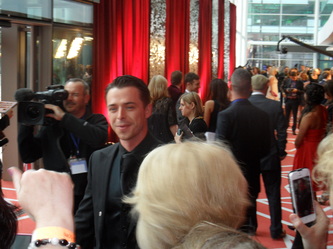 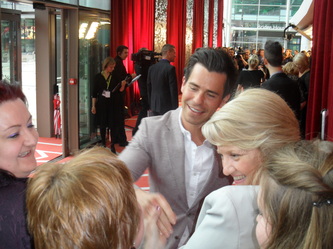 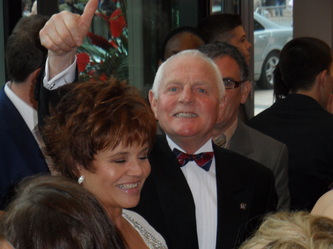 When Oliver Mellor (the hunky Dr. Matt) arrived, Emma knew that I really wanted to meet him.  Oliver the two of us yelled.  Oliver came over to Emma, who had met him a number of times before.  Meet my Canadian friend, she said.  Oliver took my hand.  (photo above)  Then he said, 'Canada, you've come all the way from Canada."  He then pulled me through the people at the front and gave me the biggest hug and a kiss.  Wow!!!  He was the only one I met on the red carpet.  If I'd been a Doctor's fan I could have met more.  They got our their huge stretched hummer and cut through our crowd to rush backstage to the toilets before walking the red carpet.

Tony Hirst, aka Paul the fireman recognized me.  "Hi Deborah, how much longer are you in England for?"  Sol gave me a big smile and waved at me, you're here he said.  Andy Whyment waved at us.  The lady beside me asked if all the Corrie cast knew me.  I replied yes and smiled.    :)   They don't, only a handful!  Chris Chittell (Eric Pollard) from Emmerdale recognized us right away, giving Al the thumbs up and blew me a kiss.  A wonderful man!!!

It was great to see some ex-Corrie cast members at the award show.  Corrie's Candice and Sarah were there, so was Judy Mallett and Ed, the man who had shot Ernest Bishop and had been a love interest to Eileen for a while.

The red carpet really filled up and it took ages to get everyone through, delaying the start of the show.  When nearly everyone was in they took us to our seats a few at a time.  It was a small theatre unlike some of the big arenas they use at other soap awards.  We were sat behind the Emmerdale actors.  We were told not to take photos, but I found this one online.  This was our view. 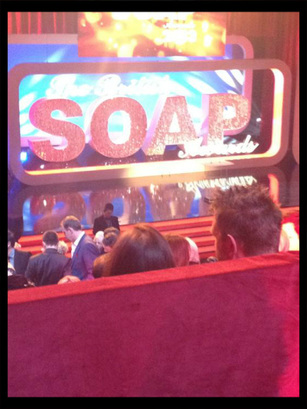 It was like a dream sitting there in the audience spotting all the actors.  Even better when Coronation Street took home 8 awards, including Best soap!!!  I had a feeling before it started it was going to be a Coronation Street night.  We got to hear the full speeches, not the shorter versions that aired the next night on TV.  They did retakes.  This was good especially for a young actress who tripped.   It was all good!!  As the show came to end, we left our seats and took one last look around.  I then went into the washroom.  Gaynor Faye was behind me.....all I could think was 'it's Judy Mallett.'  We had a few words while waiting.  When I came out there were actors taking photos of each other.  It was just exciting watching them. 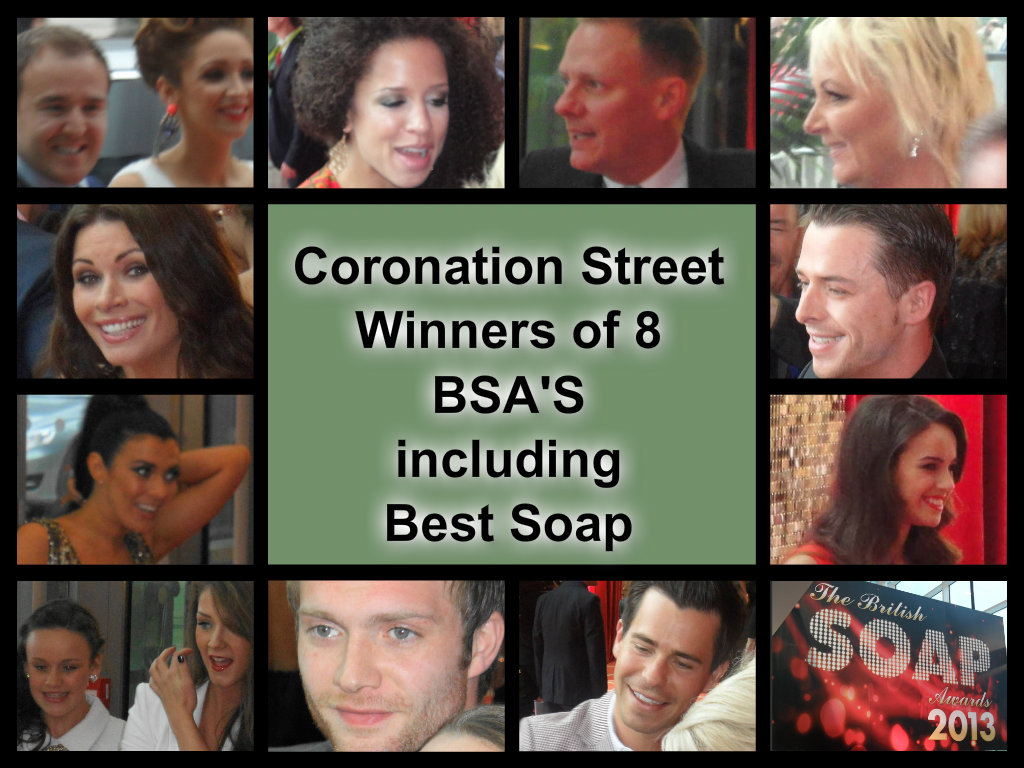 We left the building and decided to take a walk around it to see if we could spot any of the actors.  We found the smoking area, where we found a lot of Coronation Street actors.  Security were tight and wouldn't let the fans cross as cars were passing to take the actors to different parties, hotels etc.  One EE actor, Fatboy (?) decided if the fans couldn't go to him, he'd go to them!  I was very impressed by him.

I then thought I spotted Tony Warren.  I've seen him in the distance before, but have wanted to meet him to thank him for creating such a wonderful show.  I headed towards him with Emma and Al.  They didn't think it was him.  As we got nearer Tony Warren was turned sideways.  I decided it wasn't him.  I should have gone a bit closer and gone with my gut as it was him getting into his car.  So close!

We decided to wait where they were picking up actors.  There was just a small group of fans there and most of the actors just came over.  It was entertaining watching them walk out, especially those who had quite a bit to drink.  One Corrie actress was very funny, but security knew how drunk she was and only let her have one photo with a fan.  We saw Corrie actresses excited to be having their photo taken with Mr. Big from Sex in the City.  We saw another Corrie actor slide across the floor on his knees having a good time.  Everyone was enjoying the evening. 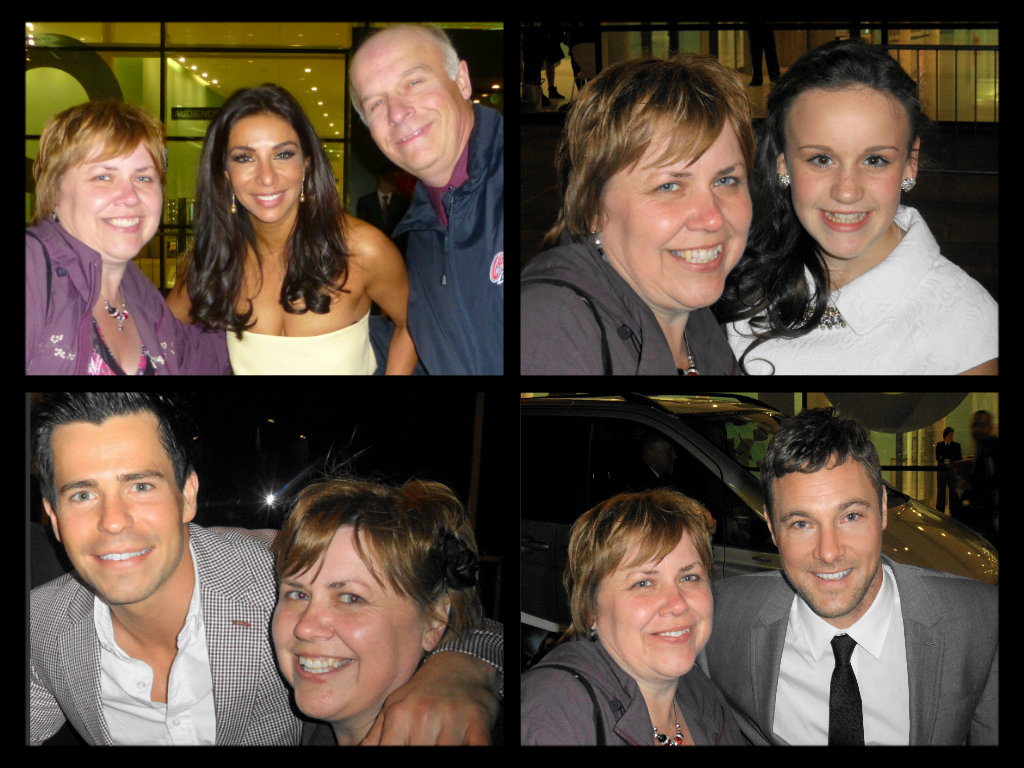 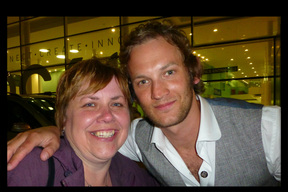 I'd never seen this actor before, but his name is Nathan Wright and he is on the show Doctor's.  He came over to Emma and I and gave us each a British Soap Awards goody bag! 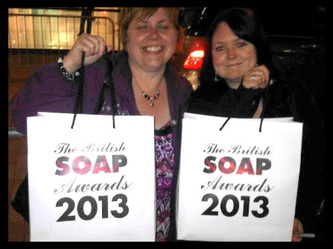 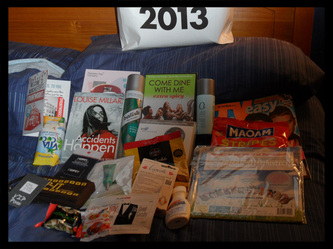 It was a long day.   We were at Media City from 10:30am Saturday to 3am the Sunday morning.  We were the first to arrive and the last to leave.  When we left all of the actors had also left.  Our feet were aching and the jacket potato we'd had at lunch was long gone, but we had the biggest smiles on our faces.  This is another day i will remember for a very long time!! 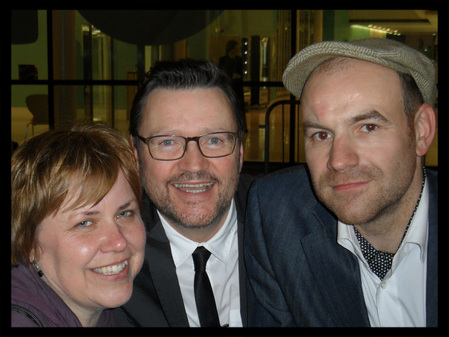 The last two Corrie actors we met that day.  Both are great guys!!! 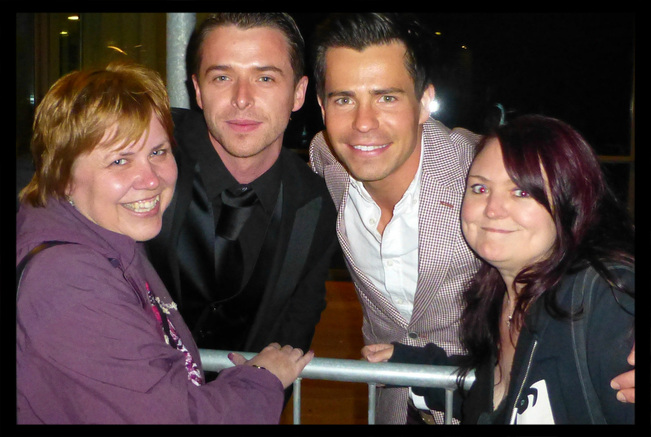 One of my favourite photos of the day.  Emma and I with our BSA dates!  (we can dream!)