In March 2007 I had a message on myspace from CBC looking for a Corrie fan to film.  They asked if they could come to the house and interview me.  Jennie McAlpine was in town for the British Isles show and they were doing a segment for the news.  I asked if a few Corrie friends could join me and they seemed to like that idea.  Sharon, Wendy, Janet, Harvey, my mom and dad joined Al and I at the house.  Mike Wise and the crew arrived and started filming as we enjoyed some breakfast, watched Coronation Street and answered some questions.  It was actually fun! 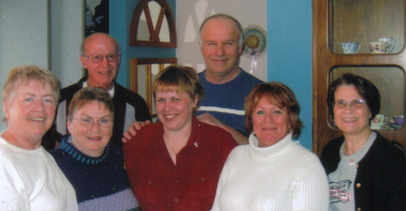 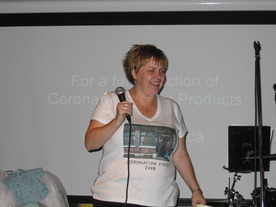 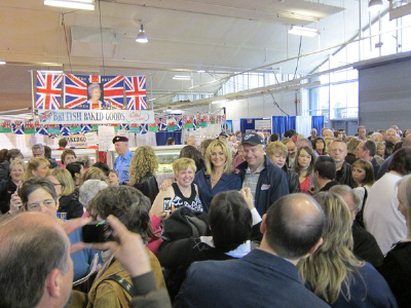 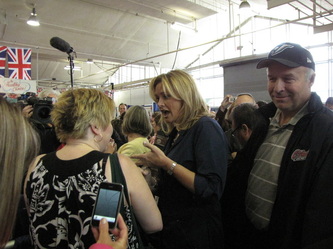 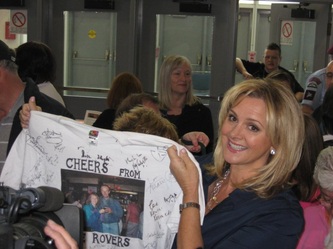 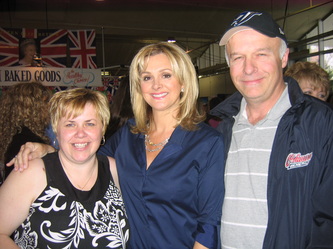 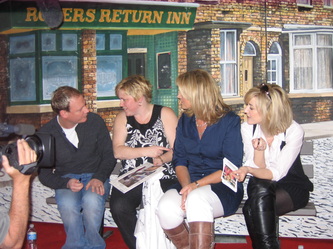 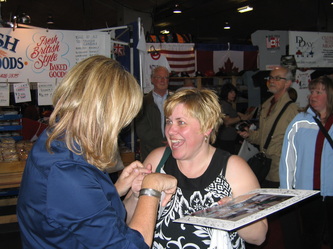 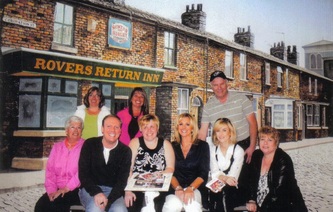 Later in July they filmed Debbie Travis at a ping Sheila and I organized.

The following day they filmed me for a few hours at the house. 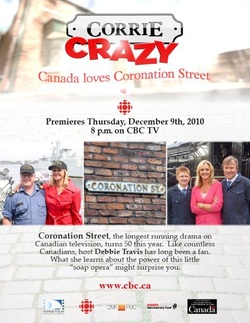 The special which they named Corrie Crazy aired on Dec. 9th, Coronation Street's 50th anniversary.  Before the show even finished airing, I had emails - Everyone wanted to ping.  I ended up getting 100's of emails and finally had to remove the 'contact me' part from my old Corrie site.  I knew there was no way everyone could come to our next ping.  Things really did get Corrie Crazy!
Watch the Corrie Crazy special Below:

At 5:55 you see me with Antony Cotton & Katherine Kelly
39:48 Debbie Travis is at a Coronation Street get together (ping) I organized.
36:59 I'm watching Corrie in my living room

On Dec. 9th, 2010 Coronation Street's 50th annivesary I was asked to do a LIVE interview on Newsworld with Heather Hiscox.  Al and I got up early and were at the CBC building in Toronto by 7am with a few of our Corrie items.  This time I even had someone do my hair and make up!!!  Heather mentioned the anniversary, then we chatted about the contest I won, my Corrie items, pings and Corrie Crazy.

....now if only I could be an extra in one small scene on Coronation Street, I'd be very happy!!