Tales from the Street:  the McDonalds & Peacocks
Lindsay,  April 1st, 2012

For a while Al and I had been debating whether to go and see Tales from the Street.  We first heard Claire & Ashley Peacock, Nick McDonald and Reg Holdsworth were coming to Canada to perform 22 shows in 21 days.  Although I consider myself 'Steven Arnold's (Ashley's) biggest fan, the thought of seeing Reg put me off.  It was then announced Big Jim McDonald would be replacing him....at least that would be better.  (on show day, months later posters at theatre still showed Reg???).  The four ex-Corrie stars were even coming to our town!! 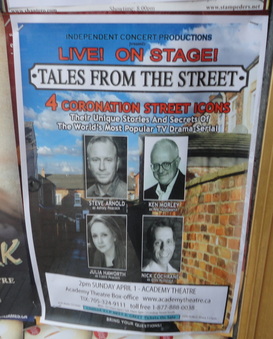 When the gang arrived in Toronto they appeared on Canada AM and we managed to get tickets to be in the audience.  After meeting the actors, one of them really made us question whether we'd go to the show.  After the first show in Toronto, a fan video taped the entire show and put it on youtube...we watched.  Now we've met Ashley (5 or 6 times), Claire twice and just seen the McDonalds we wondered, why go- we'll save our money.   On the night of the show in our hometown we debated again...they are just down the street from us.  Even up till an hour before show time we were undecided.  One thing that put us off was they were in a hall, general admission and not a theatre.  I just pictured pull out chairs everywhere.  We passed.  We thought we'll go to the Lindsay show, at a theatre on a Sunday afternoon....that would be better.

We still hummed and haaaa'd and the week before the show Al said he would make a decision for us....we'll pass he said.  Once again we  (maybe me) changed our minds the night before the Lindsay show.  If Steven Arnold was not in the show I'm 99% positive we would not have gone.  I wanted to see him one more time.   He is just the nicest guy and has always been one of my favs since appearing on the show and then first meeting him in 2003.   We got to the Lindsay theatre just before noon on the day of the show and still managed to get two seats in the 6th row.  It was nice seeing friends Janet and Anne who had tickets for the show.  Janet even took my autographed tshirt into the VIP and got it signed by Charles & Nicholas.  Thanks Janet! 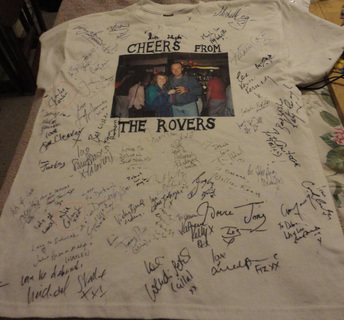 We didn't bother with the VIP.  I'm glad we didn't as I would have been ticked off like many of the fans waiting were.  Fans arrived at noon for the VIP session, but the cast did not arrive till after 1pm...they'd been having lunch just down the street!  Everyone seemed to have been told different things and I felt sorry for the lady at the ticket booth as she was the one getting all the complaints.  1:15pm was when they finally began.  Just before it started Steven Arnold walked into the room we were all in, recognized Al first and I got a 'hiya love good to see you again' and a peck on the cheek.  Right then I was glad we had come.

The familiar theme music played and host for the afternoon Nicholas Cochrane (Andy) came out to cheering fans.  He introduced the group and I thought he did a good job hosting.  Charles came out with his beer and apologized in advance for any cussing he would do and hoped it wouldn't offend anyone.  Then the Peacocks arrived on the stage.  You could tell they were definitely friends off screen as well and said some really nice things about each other.   The first half they shared stories with us, they were funny and entertaining.  I wished I hadn't watched the show on youtube though.  When they started stories, I knew what was coming.  It was still great to be there and we did laugh lots and lots.   It was 'awsome'. 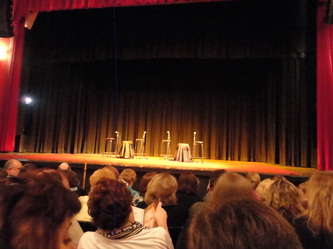 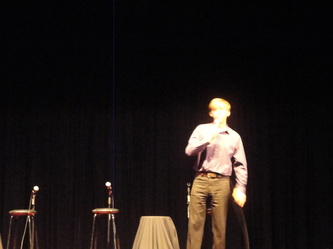 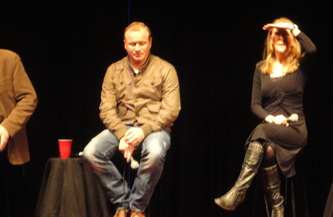 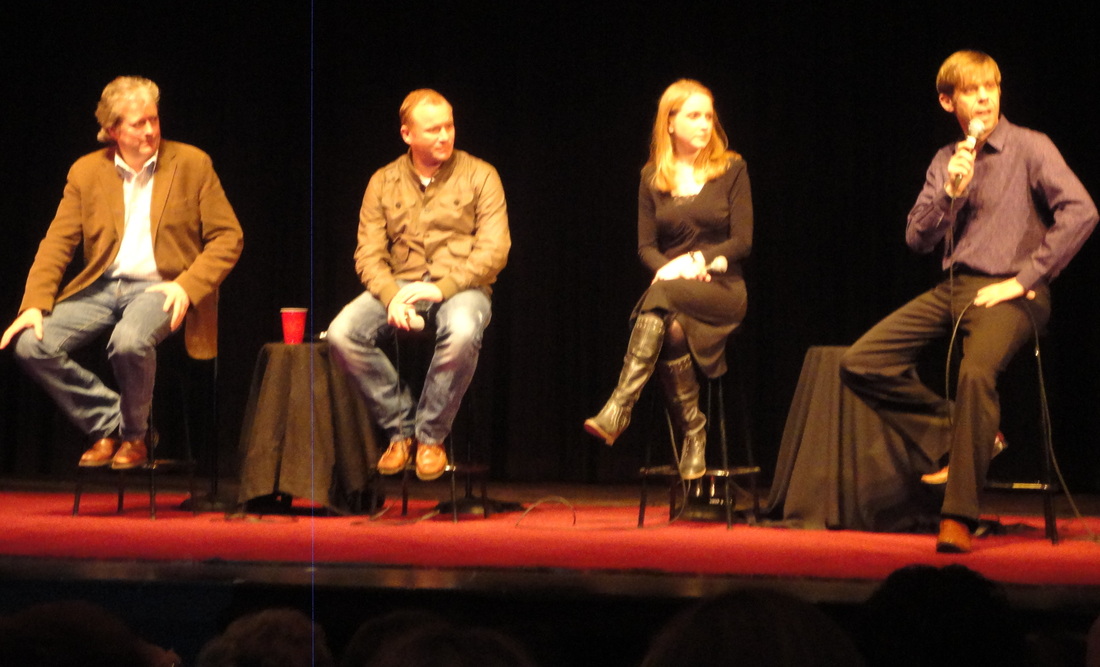 The second part of the show was made up of fan questions.  We were told not to ask about the beer in the Rovers or about Jim's blue jay shirt as they'd had those questions a lot in the last few weeks.  (why not just mention the answers during the first part of the show...fans in this town wouldn't have heard the answers from other shows??)  You could sense they'd had enough, afterall it was quite a schedule they'd had.  Finally a fan did ask about the blue jays shirt and Julia started to answer which everyone laughed about.  Charles did finish it though to get the story just right.  I found a lot of questions fans asked were not questions you'd ask to actors who hadn't been on the show for a few years.  Even the silly questions they tried to answer as best as they could.   They all said some lovely things about  Maggie Jones (Blanche), Betty Driver (Betty), William Roache (Ken) and gave a lot of credit to the senior cast members.  During the second half Charles finished his beer and wanted another.  He tried to get the usher at the front to go and get him one, but he wasn't going.  He then asked if someone could get him a Molson...no one did and you could see Big Jim was not impressed and getting annoyed.  He asked again and then counted out loud 'one usher, two usher...up to six ushers, then What do I have to do to get a beer around here.'  Finally a fan went and got him one and he thanked her with a kiss.....I was glad as the show could now continue.  To me this seemed very unprofessional.  A few more questions and before we knew it, the show was over.

We wanted to say goodbye to the cast and wish them a safe trip home so went around the side to where their van was waiting. They were lovely and chatted a few minutes.  When asked they told us they were ready to go back home which didn't surprise me.....two more cities and three shows and the tour will be over.  We had a few more photos and said our goodbyes. 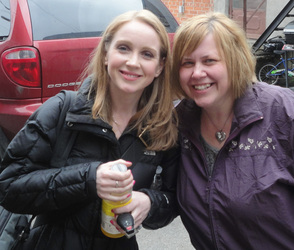 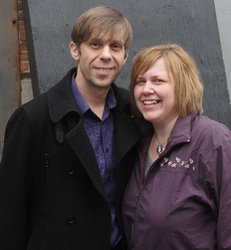 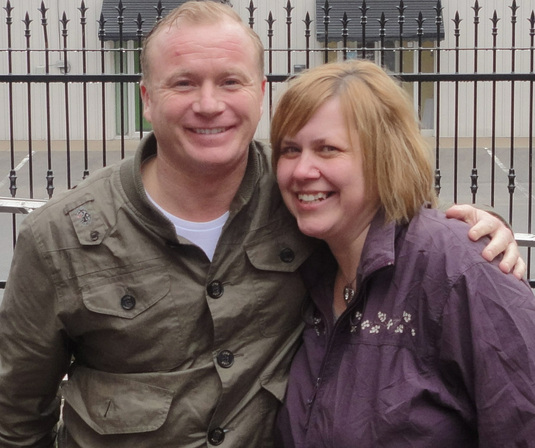 We made the right decision to go and I'm glad we did.  I knew I would have regretted it next week if I hadn't.  It was a fun afternoon with lots of laughs.