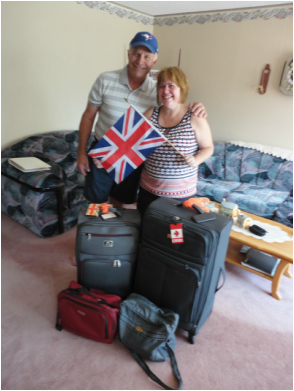 ​2016 was a special year for our family.  On March 26th, my parents celebrated their 50th wedding anniversary.  The real celebration came in July when our family (9 of us) went to England. Unlike Al and I who go regularly, my sister hadn't been back in 28 years.  It was a first for my nephews and niece. We had a big Golden anniversary/Reunion party with all our English relatives and friends. What a night that was and what a trip!

There were no soap awards this holiday, no tours of the street or trips to the theatre.  We did spend a day in Salford trying to meet some of the cast.  It isn't as easy to meet cast like it was at the old studios, but we had an enjoyable day and met 5 cast members.  Three were new ones for us.....making it 118 cast members we've met over the years. 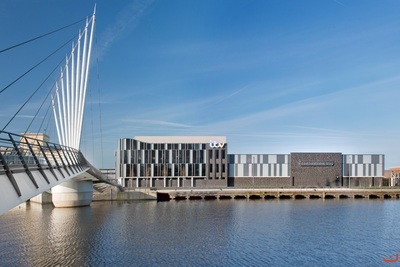 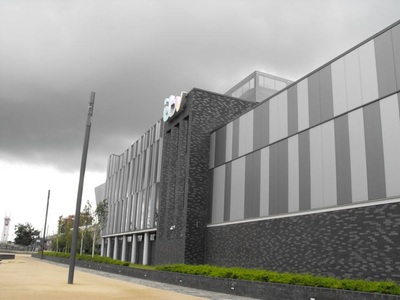 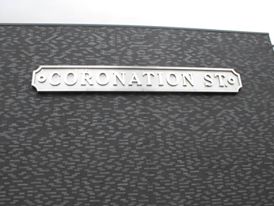 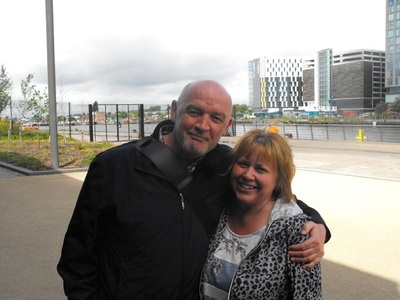 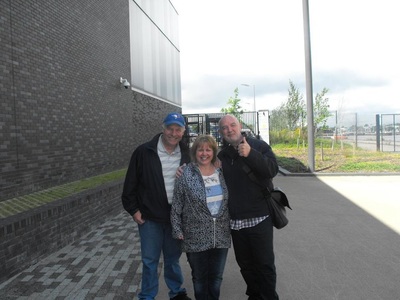 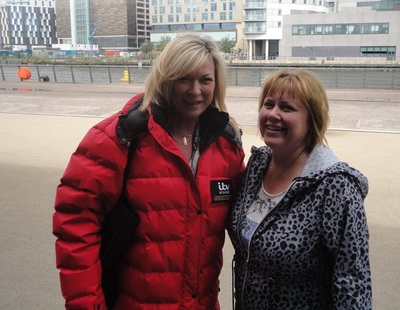 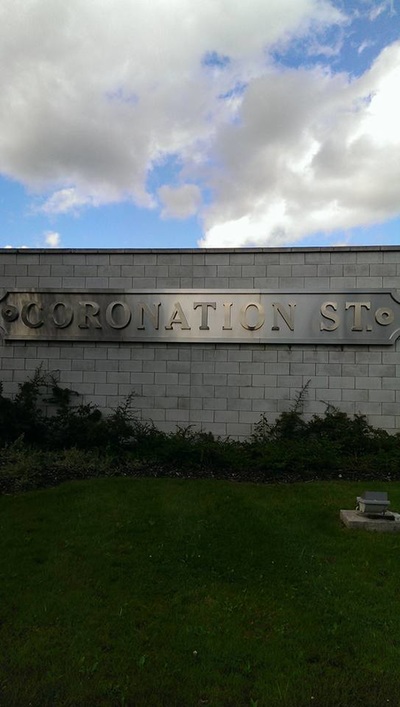 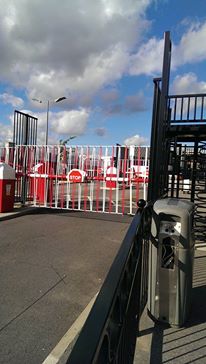 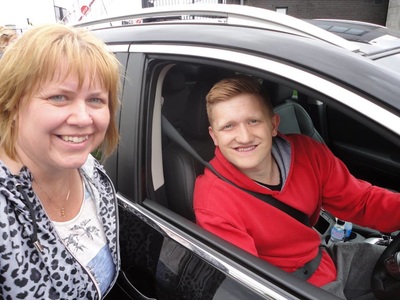 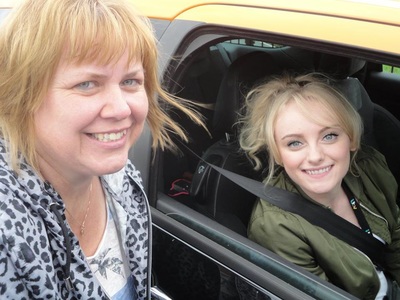 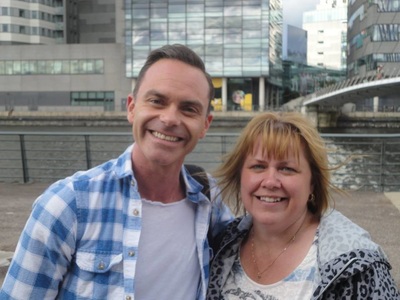 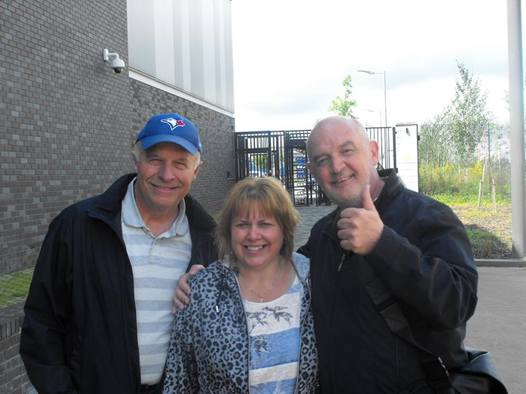 Claire, Daniel, Sam, Katie and Connor  were all lovely, posing for photos and having a chat with us.  Have to give a super shout out to Connor McIntyre though.  He was just fabulous. He greeted me with a kiss on both cheeks, asked our names and chatted with us for quite a while.  He even checked the photos to make sure they were okay.  He may play a baddy on the show, but away from the screen he is one of the most down to earth, nicest cast members you could meet.  I'd really wanted to meet Connor as he is an amazing actor, plays the part of Phelan perfectly.  It made our trip meeting him. 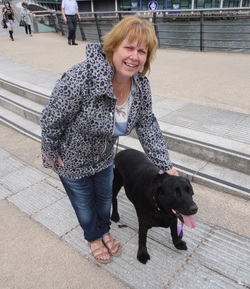 ​I met my first Corrie Pet.  Ozzy, Maria's lovely labrador.  They were taking Ozzy for a walk, before an afternoon of filming a big storyline.

The day before the anniversary party I read that Steven Arnold (Ashley Peacock) and Andy Whyment (Kirk) would be at a car boot sale the day after the party. For those that don't know me, Steven is my favourite!!!!!!!!!!! (plus Andy is lovely and always wonderful with the fans!)  I hadn't seen Steven since he was in Canada in 2012.  It was in the midlands too, not far.  We couldn't get there by public transport, but my cousin and husband drove us.  I wouldn't have got up early after a late night of partying for just anyone, but I had to for Steven and Andy.  Glad I did! 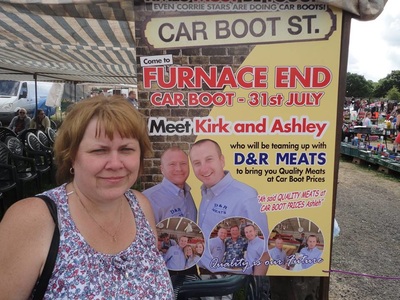 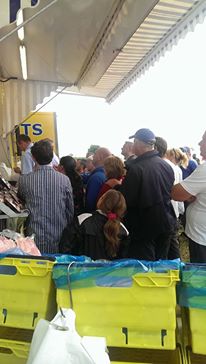 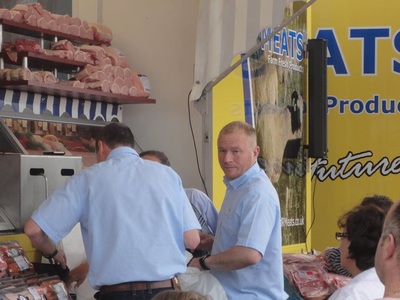 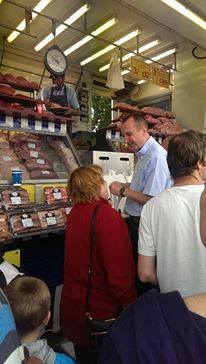 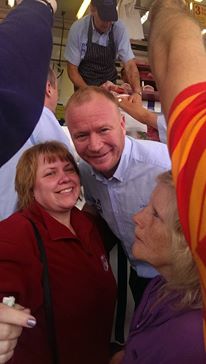 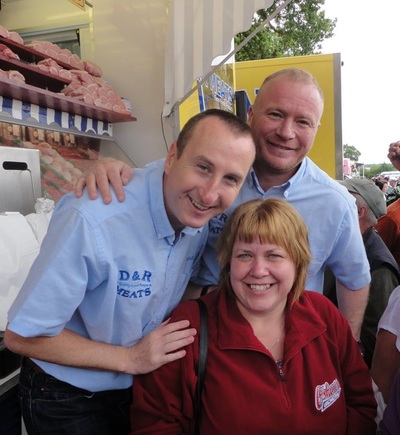 We LOVED LOVED LOVED meeting Steven and Andy!!!!  Both top guys!!!!!!
Plus I got a special deal, 3 kilos of gammon and bacon for a pound.  It sure was good.

​​Besides Coronation Street I'm also an Emmerdale fan.  This holiday we took a tour of the village.  Our tour guide happened to be Jonny Grimshaw, who is a Coronation Street background artist.  A wonderful guy!  Highclere Castle and Bampton, the Downton Abbey village were other coach trips we took. 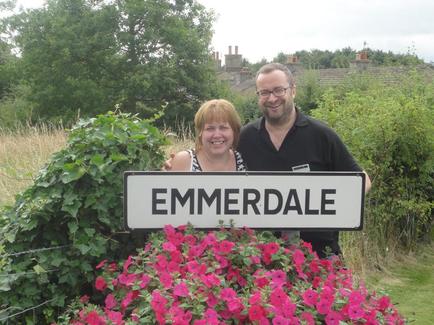 Please take a look at my new site Deborah & British TV Shows.  Photos from Downton, Emmerdale, Heartbeat, plus photos with cast from those shows. Don't forget to sign my guestbooks as well to let me know you were here.

We are already looking forward to our trip to England next year.  Wonder who we will meet then???  One thing for sure, we loved the cast we met this year.

Thanks for visiting.  Until next trip, Happy Corrie watching.  :)