After reading on facebook that Steven Arnold (Ashley Peacock), Julia Haworth (Claire Peacock), Charles Lawson (Jim McDonald) and Nicholas Cochrane (Andy McDonald) were going to be on Canada AM and if anyone wanted tickets to the taping to email them,  I immediately sent off a request.  A few of of our friends got tickets too.  We were told to arrive at the studios by 7:30am.  After not much sleep the night before, mom, dad, Al and I headed to the CTV studios in Scarborough.  My mom and dad had only seen one Corrie actor before and that was Denise Black, the very first Corrie star I met years ago.  We got there at 7:15am and were taken to a long corridor where we had to wait against the wall till 8:30am with the other fans.  (no getting to sit in studios and watch like at City when we went in 2010 to see Katherine Kelly (Becky) and Antony Cotton (Sean) and no free coffee/tea/goodies either. )  We did get big bars of Cadbury chocolate and Denise & I won a Canada AM mug for answering a trivia question.  Unfortunately I made one cuppa and noticed a big crack in cup.  :-(

Besides, the four of us, friends Sheila, Janet, Harvey, Angela, Denise, Iris, Pam, Sarah (who drove from NY), Eileen and Cathy joined us.

As we were waiting they asked if anyone had any questions to ask.  I wanted to ask Steven a question.  I just hoped I wouldn't get all tongue tied when it came time to say it.  After saying how disappointed we were to see Ashley killed off, my question was 'would you have preferred to move to France with Claire or were you happy to get a big exit during the 50th anniversary episodes.


Below are some of our friends in the audience. 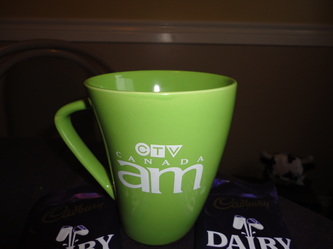 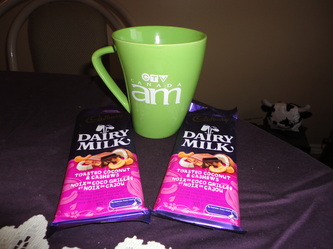 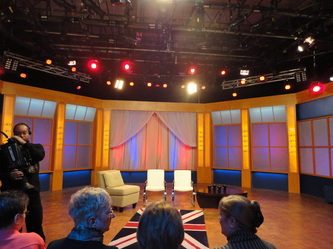 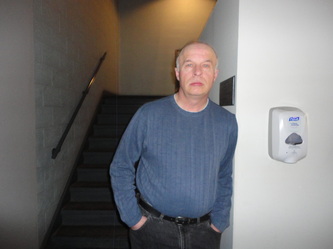 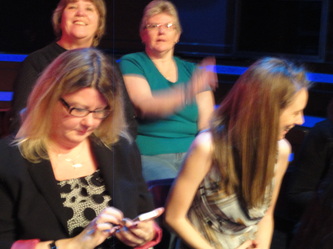 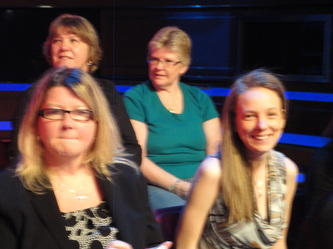 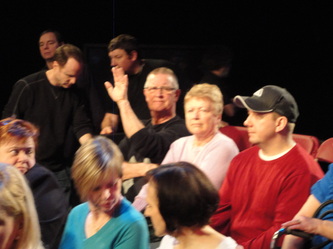 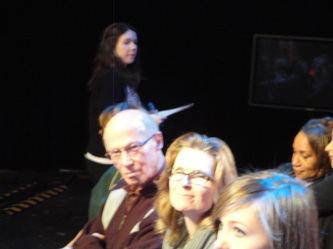 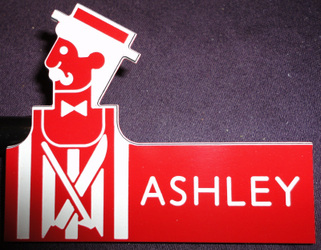 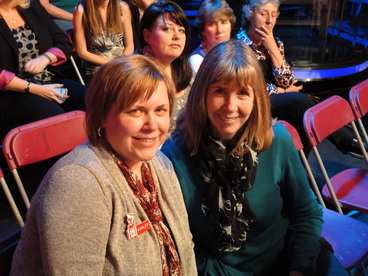 For Corrie.net fans, here is Sheila and I.
The four Corrie actors walked into the studios and the fans cheered.  It was only minutes after they sat down that Steven recognized me.  We had seen him in Dec. in Aladdin in York and had a good chat with him.  'See you in Canada was the last thing he said'.  Today was my fifth time meeting Steven, I consider myself to be his number one fan.   After the show he came over right away and I got a big hug and we had a chat.  Nicholas and Julia also met with fans posing for photos and a quick chat while Charles Lawson left immediately.  I did see him as we were going to the car.  In the end I decided to go over to him and ask him for a photo.  He agreed, but he wasn't friendly like the others. 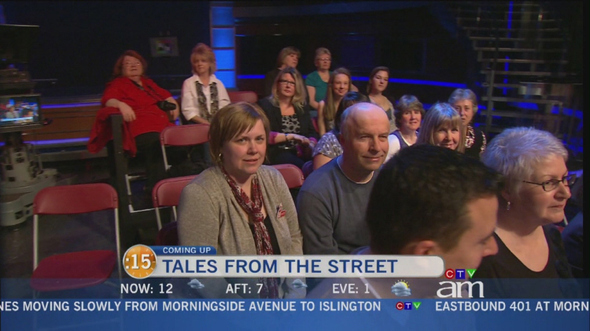 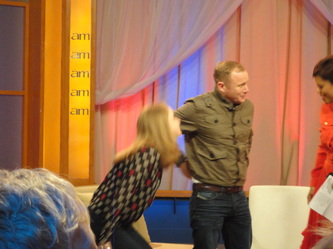 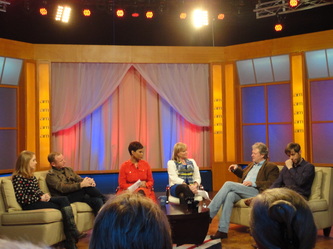 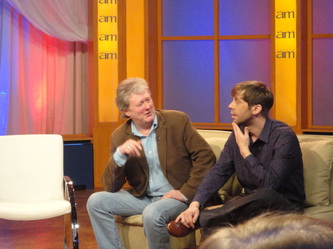 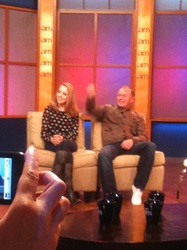 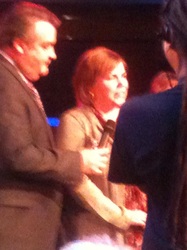 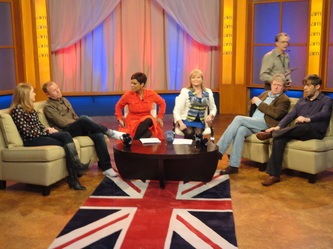 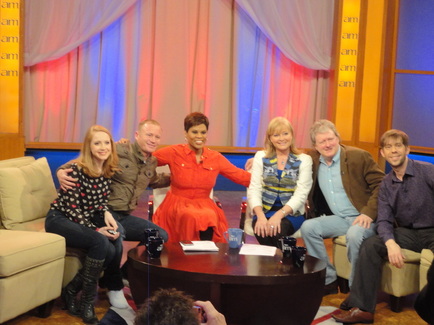 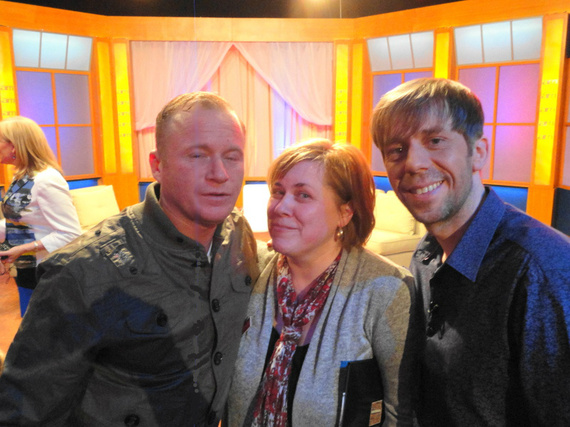 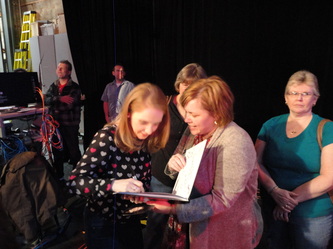 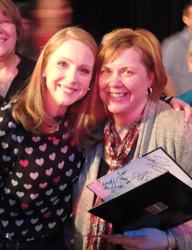 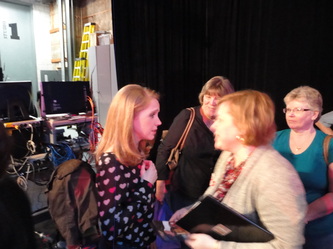 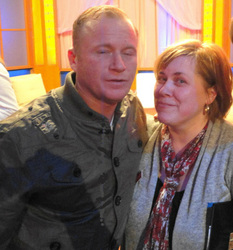 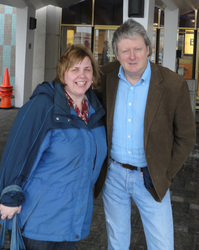 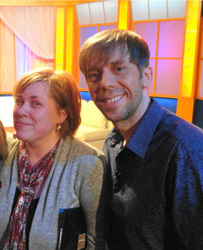 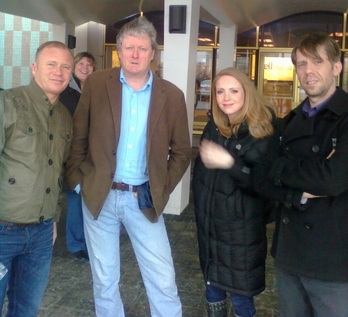 After the show some of us went out for breakfast.  It was like a mini-ping chatting about our morning at CTV and catching up with each other.  It's always wonderful getting together with Coronation Street friends. 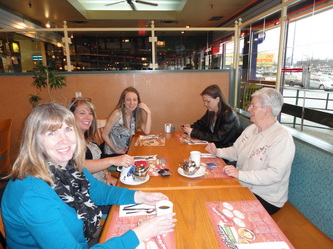 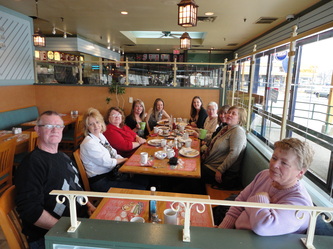 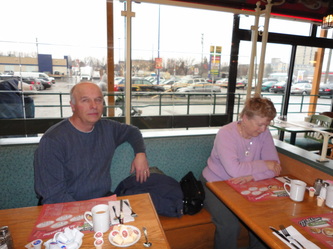 I'm waiting to hear reviews from the first shows to decide if I am going to go see the actors on tour.  I also want to make sure the show goes ahead at the venue I want and isn't cancelled like some of the other cities have been.   If I don't go, I am very happy with the morning we had at CTV.

What a great day it was with the Corrie stars and our Corrie friends!  Next week William Roache......can't wait for that one!


**** I did go and see Tales from the Street mostly to see Steven Arnold again.  Here is a link to my photos and review of the show.****